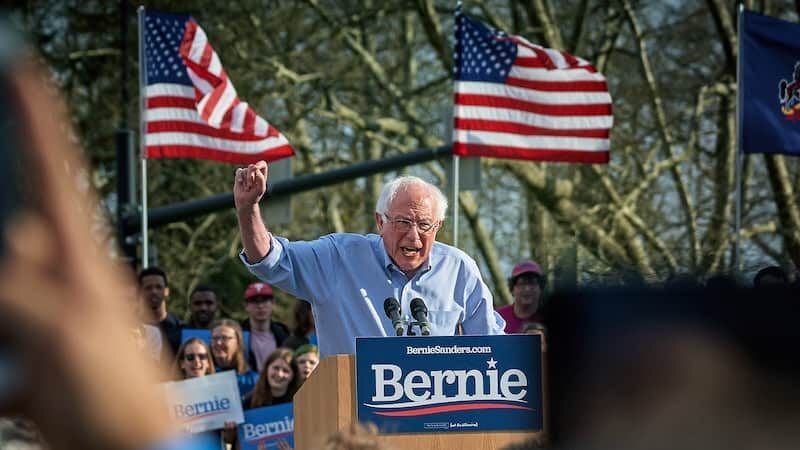 Our 2020 Democratic Primaries Index has been updated for June and July.

At Signal AI we’ve been tracking media coverage of the US Democratic Party presidential primaries – analysing media pieces from the largest set of sources in the world, in over 80 languages, crossing all sorts of media (print, online, and broadcast).

Using Artificial Intelligence, we’ve been able to track every time any candidate is referred to, even if not by name. 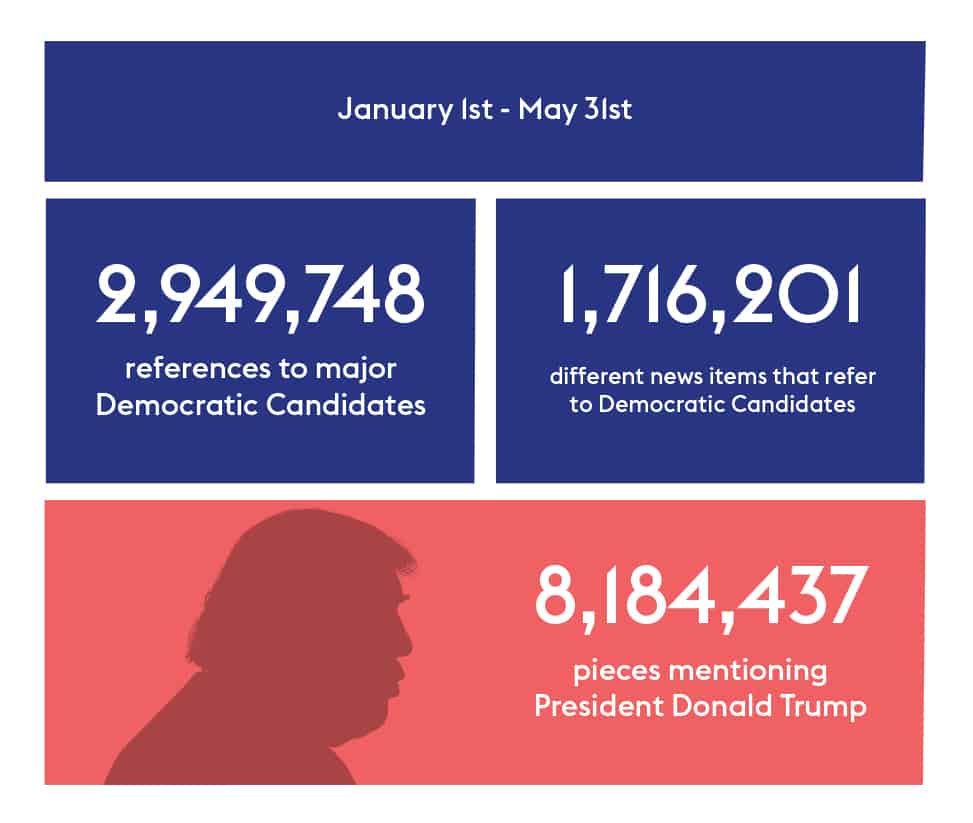 Over half (57.7%) of this coverage has been on four of the candidates: Sen. Bernie Sanders, Joe Biden, Sen. Elizabeth Warren, and Sen. Kamala Harris.

From June, we will be producing analysis of the Democratic presidential race on a regular basis. This analysis will look at things such as, sentiment towards the candidates, coverage in key states, and topic specific coverage. 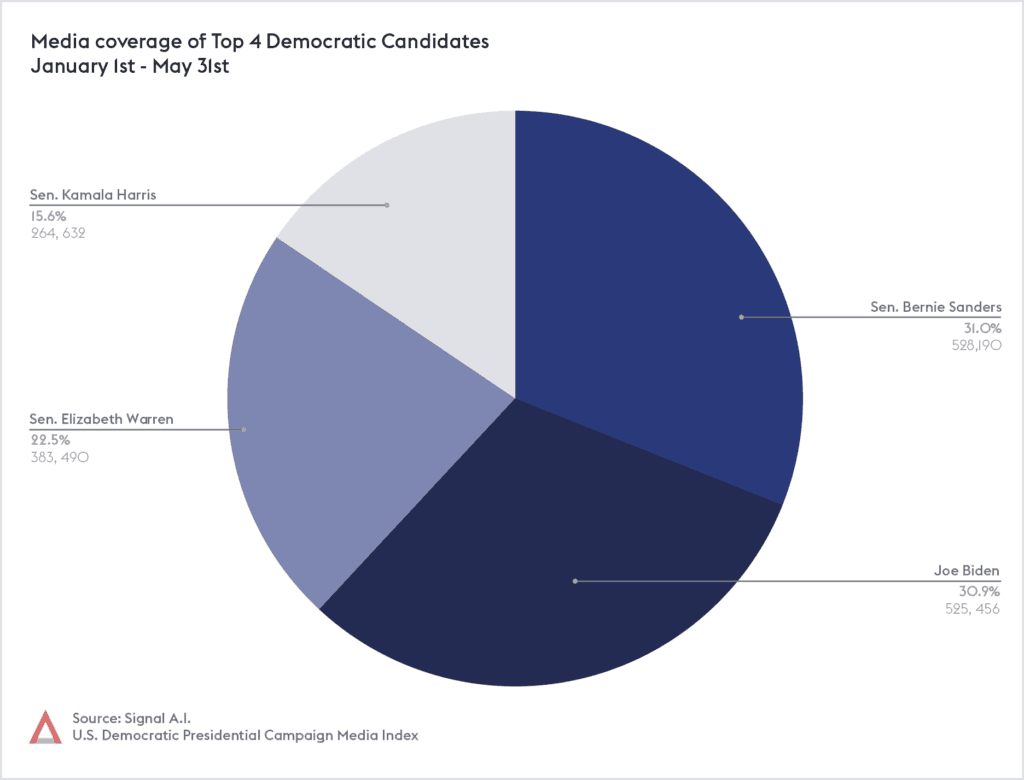 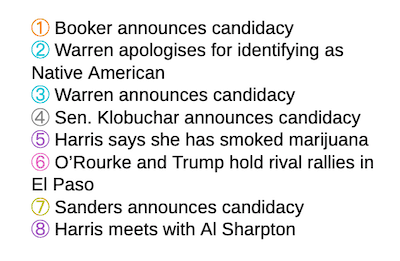 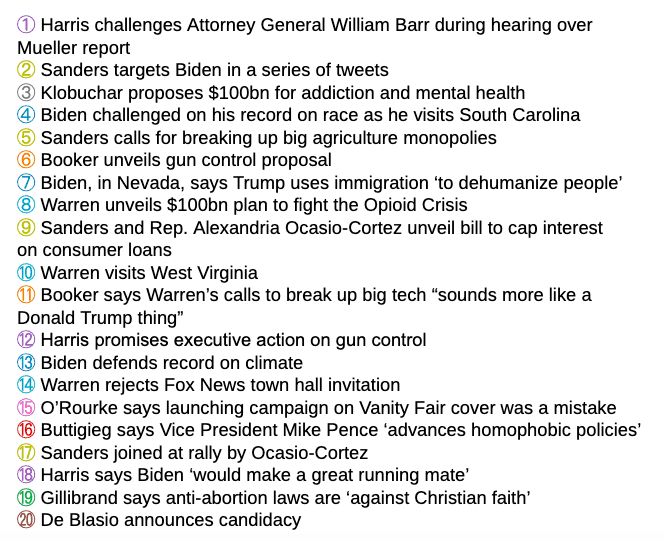 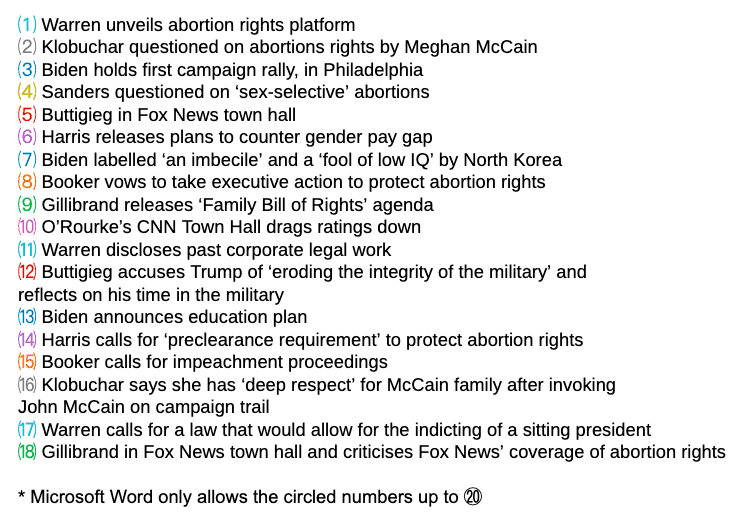 You can find our June update here.

Our index uses Artificial Intelligence so that we can track candidates as trained ‘entities’.

Traditionally, tracking has relied on imprecise keyword searches or clunky Boolean strings. This has issues. For example, searching for ‘John Delaney’ as a key word would surface content not only about Rep. John Delaney, but also John Delaney, the Chief Executive Officer of the Football Association of Ireland. Previous analysis, by other organisations, has relied on “a name appearing in a story” to count as a mention. This leads to inaccurate and incomplete research.

Signal is an apolitical, nonpartisan organisation. We research the primaries because they interest us, not in order to impact them. We are not responsible for how people use our work.