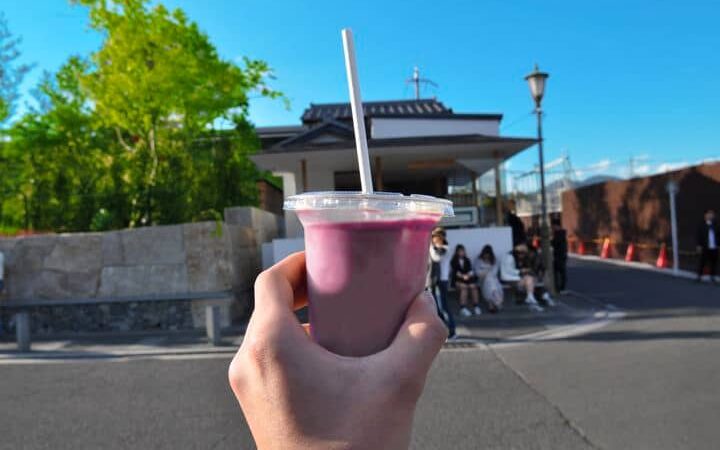 Milkshakes have never been so cool. The icy treat is dividing the media this week and here’s why – right-wing politicians are being attacked on the street with them.

On May 3, Tommy Robinson (Stephen Yaxley-Lennon) a far-right activist and independent standing for European Parliament in North-West England was doused in a McDonald’s milkshake while campaigning in Warrington.

A video of the incident went viral, leading to a number of “milkshake attacks” otherwise known as “Lactose vs Intolerants” on other far-right personalities. Political disagreement is being dished out via daring dairy attacks on Carl Benjamin (aka the YouTuber Sargon of Akkad) and most recently Nigel Farage, former leader of UKIP and currently standing for the Brexit party.

Hail to the (Burger) King

Following a police ban on an Edinburgh McDonald’s serving milkshakes or ice cream whilst Farage held a rally in the vicinity on May 18, the Burger King UK (@BurgerKingUK) twitter account tweeted “Dear people of Scotland. We’re selling milkshakes all weekend. Have fun. Love BK #justsaying.”

An innocuous little joke at their competitor’s expense or a call to arms for all milkshake-lobbing vigilantes? It depends on who you ask but one thing is for sure, their milkshake (tweet) brought all the media to the yard.

The tweet got the press all shook up (pardon the pun). After a frosty assault on Farage in Newcastle on Monday (20/05), the company’s tweet was mentioned in over 300 articles in the space of a day. Whereas, McDonald’s have only received cursory attention in relation to the aforementioned ban.

So, what can we learn from Milkshake-gate?

The data shows that Burger King’s willingness to engage, with what seemed like a minor inconvenience for their competitor at the time, paid off. And the proof is in the pudding (sorry again), with Burger King receiving twice the number of mentions in the media after Saturday’s tweet and outperforming McDonald’s in the aftermath.

McDonald’s approach to the police-enforced ban – ignore the ban on social media and not mention it further was a comparative failure, only causing them to lose out in the long run.

Using a media monitoring platform, you can keep an eye on your customer base, merger and acquisitions news in your industry or changes surrounding your company’s key interests.

By monitoring the media coverage of your competitors and pertinent topics, you can make the most of those rare, but potentially explosive, in-moment marketing opportunities. Post-Event reactions are all well and good but in an increasingly fast-paced news cycle, you have to ensure you don’t miss out on the next sweet situation you see.

While it may feel like jumping on the bandwagon, our report shows that articles published about milkshakes jumped from a low and unsurprising 500 to over 2,500 heavily politicised and well-read articles overnight. And from a brand perspective, being at the forefront of this hike in media interest will build brand awareness – not that Burger King needs it – and further develop a brand identity.

And with Nigel Farage taking shelter on his campaign bus to avoid another milkshake attack yesterday afternoon, it seems that this trend won’t be melting into obscurity anytime soon.