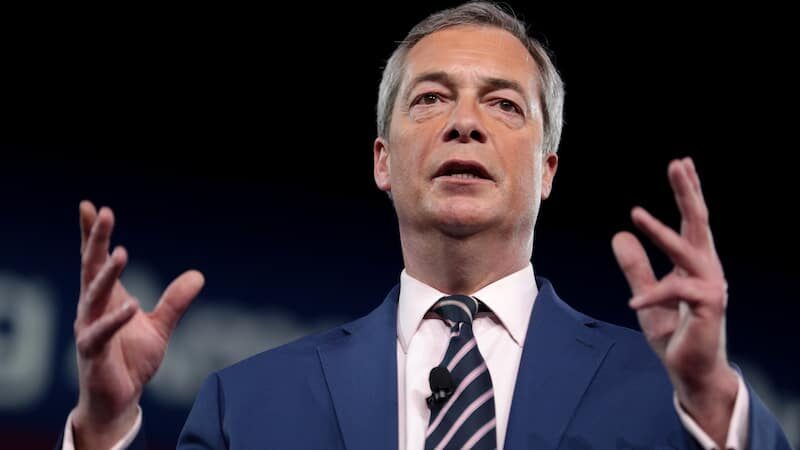 Disclaimer: Signal AI is an apolitical, nonpartisan organisation. We analyse out of interest, not to influence.

During his EU elections campaign Nigel Farage consistently criticised the BBC claiming that the broadcaster didn’t give his party, The Brexit Party, enough airtime. In a tweet, following his appearance on the Andrew Marr show, Farage said “We are not just fighting the political class, but the BBC too.” He went on to write a column for The Telegraph titled “Andrew Marr’s obsession with my past betrays the bias at the heart of the BBC.”

In this article Farage wrote, “The Brexit Party has been outperforming every other party in the polls… But the BBC has seemed intent on ignoring it.” He closed arguing that he had “been told by multiple commentators who take part in BBC programmes that they have been instructed by producers not to mention the Brexit Party in order to avoid publicising us.”

Similarly, in the wake of the election, Eurosceptic social media commentators were keen to claim that the broadcaster failed to properly address the over 31% share of the vote the Brexit Party received.

We decided to test not only if the BBC had been giving a fair share of coverage to the Brexit Party, but how much coverage all major political parties have been receiving in the UK media. We looked at media coverage of the ten parties, and their leaders, from the launch of the Brexit Party (April 12, 2019) until May 25 (the day before the European election results) and in the wake of the election results (May 26 through to June 6).

Our results demonstrate how AI can be used against the flow of disinformation in the age of fake news.

We analysed over 38,000 pieces (38,719), from April 12 to June 6, on the EU elections, from the BBC. This included content from BBC TV channels (both national and local), BBC Radio stations, and BBC online sources.

In the run up to the results, the BBC ran a whopping 24,366 segments on the EU elections. In these, political parties were mentioned 60,301 times, and their leaders 24,672 times.

In the 12 days following the results of the election, the BBC ran segments mentioning the elections 14,392 times. In these, political parties were mentioned 51,184 times, and their leaders 13,142 times.

That means that in eight weeks the BBC mentioned the Brexit Party 15,582 times and Farage 11,152. It is clear that Farage’s claim that “the BBC […] seemed intent on ignoring [the Brexit Party]” is not based in fact.

It is important to highlight this, as the language Farage has used to describe the BBC serves to sow distrust of the media into the public mindset – a mistrust bordering on inciting violence.

The BBC vs UK Media

How does the BBC compare to the UK media in general?

Compared to the UK’s media as a whole, the BBC’s coverage of the Brexit Party was slightly lower than the average. This is the case both before the EU elections (13.3% vs. 15.2%) and after (14.8% vs 16.0%). However, it is nowhere near the degree that Farage’s comments implied. (See below for full stats).

What becomes apparent looking at the above is that the Farage holds a much greater share of coverage than the Brexit Party. The party, which has no manifesto, seems to revolve more around a personality than policy.

The opposite could be said about the Green Party. Together, Jonathan Bartley and Siân Berry, never received more than 1% of the total coverage of the EU elections. This is despite their party getting 12.1% of the vote.

Our work used Artificial Intelligence trained to recognise parties and politicians as ‘entities’.

Traditionally, tracking has relied on imprecise keyword searches or clunky Boolean strings. This has issues. It would be hard, using these methods, to distinguish between, for example, the Green Party in the UK or in Germany.

An ‘entity’ can be any organisation, individual, location, or event. In this case we have trained our AI to recognise any time the candidates are mentioned. It understands context, synonyms, antonyms, and can disambiguate similar or identical keywords.

We use transcription software to convert various forms of media into text and then process them through our Natural Language Processing model.

We filtered results down to those that came from the UK alone.

We ensured coverage was specifically on the EU elections through training our AI to recognise it as a topic (similarly to how an entity is trained).

Image source: Cropped use of Member of the European Parliament Nigel Farage speaking at the 2017 Conservative Political Action Conference (CPAC) in National Harbor, Maryland (24 February 2017), by Gage Skidmore via flickr.com.