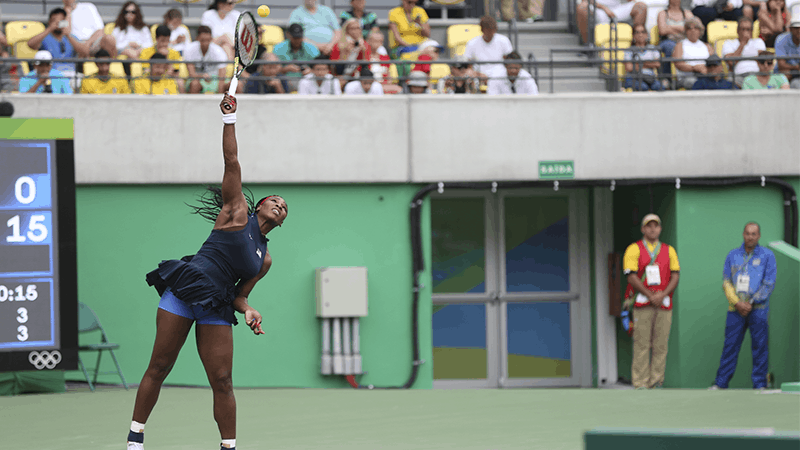 Historically, there has been an imbalance in the treatment of men and women in sports. Although this perception has changed overtime and many women are today considered “legends” in their sports, female athletes continue to be awarded smaller prizes and receive less time in the spotlight than their male counterparts.

Despite this, there is the perception that some sports are more equal than others; and tennis is considered to be one of those. Not only do we find multiple female household names on the tennis court – Serena Williams, Maria Sharapova, Steffi Graf, and Billie Jean King to name but a few – but since 2007, all Grand Slams have had the same prize money for men and women.

The first of the four Grand Slams to award equal prizes was the US Open, in 1973. The Australian Open followed many years later, in 2001, with the French Open bringing the prizes in balance in 2006, and finally the oldest of the Grand Slams, Wimbledon, following in 2007. [1]

Of course, there are still those that argue that female tennis players don’t deserve equal prize money.

After the end of last year’s French Open, Rafael Nadal and Novak Djokovic argued that men should earn higher prizes than women as their matches have higher attendance and viewership. [2] Contrary to this opinion, in 2018 the viewership of two Grand Slam finals were slightly higher for men, but it was higher for women in the other two. (As seen in chart 1.) 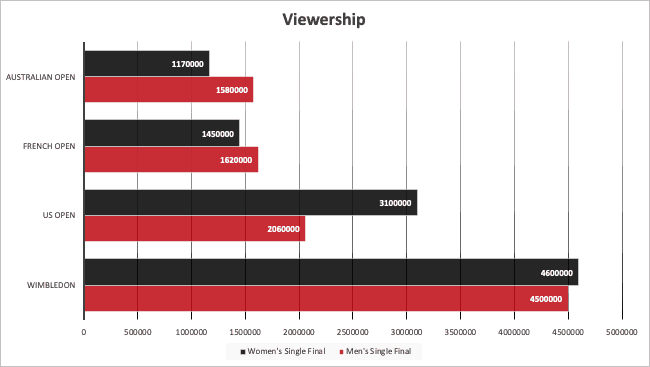 The US Open Women’s singles final had 1.04 million more viewers than the Men’s final, a significantly higher number. [3,4,5,6]. Unfortunately, these levels of viewership are not matched by the media coverage or attention given to the athletes.

We analysed nearly 250,000 news pieces, in over 80 languages, on the four Grand Slams in 2018. Our findings suggest that, despite similar levels of interest by fans, women in tennis receive significantly lower press coverage. Further, our findings also show that in cases where female tennis players are covered, the media coverage centres around their personalities and character, not their sporting ability. This is a form of judgment that male tennis players rarely have to face.

As chart 1 shows, women’s matches have as high viewership as men’s. Yet despite this, the media coverage for women’s events is significantly less than that of men’s. There were 245,984 articles on the last four Grand Slams from the start of April 2018 to the end of April 2019. (N.B. These numbers refer specifically to the Singles competitions.) 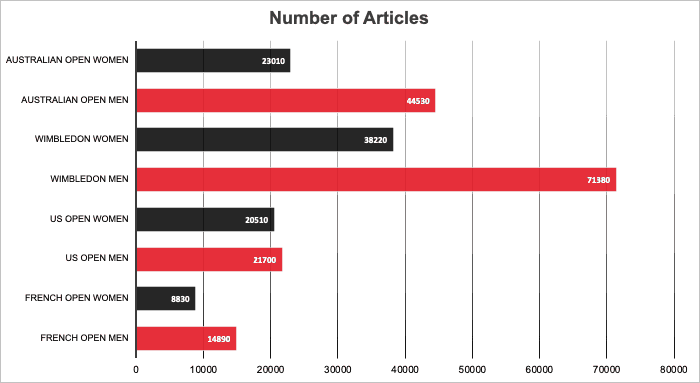 In total, the women’s competitions received 41% less media coverage than the men’s.

During three of the Grand Slams, coverage spikes were significantly larger for men than women. As an example, during the month of Wimbledon (July), the men’s single’s tournament was covered in 32,200 articles compared to 20,180 for the women’s. During the Australian Open, the women’s tournament saw 13,900 pieces, some 15,000 fewer than the men’s (28,130). Likewise, across May and June, the women’s French Open was covered by 7,500 pieces and the men’s by 13,300.

The one Grand Slam to buck this trend of gendered media disparity was the coverage of the US Open. The men’s US Open was marginally covered more with 21,700 pieces to the women’s 20,510.

The American Grand Slam may have been the exception to the rule, but not for a positive reason. The 2018 US Open was marred by a controversial final between Serena Williams and Naomi Osaka. During the final Williams was penalised three times by the umpire, eventually losing the trophy to Osaka. Williams accused the umpire of sexist behaviour. She noted that he had never been so strict with male players, despite them often behaving in a less sporting manner than she did. Williams said: “He’s never taken a game from a man because they said ‘thief.’ For me, it blows my mind. But I’m going to continue to fight for women.” [7]

We dug a little deeper and looked at how often individual athletes are mentioned. Looking at how often players are mentioned by name, it becomes clear not only that men’s events receive more media coverage than women’s, but also that individual male tennis players get more attention than female players. 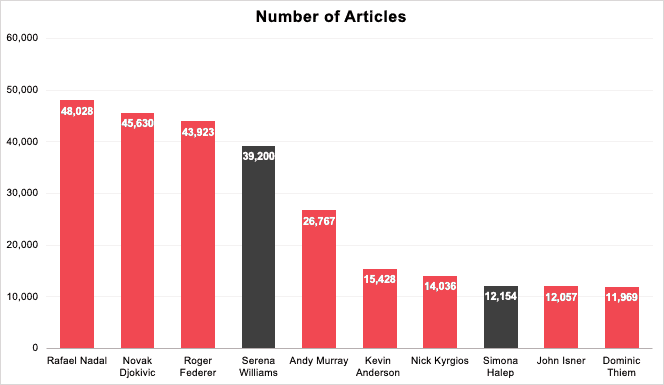 As mentioned above, Williams’ coverage was driven up by her controversial final against Osaka. In the wake of this match, on September 10, the Herald Sun published a cartoon which, in their words, depicted “a tantrum-throwing Williams”. The cartoonist was accused of depicting Williams in an “ape-like pose” whilst Osaka was depicted as a blonde white woman [8]. Over 4,500 articles mentioned both Williams and this cartoon. 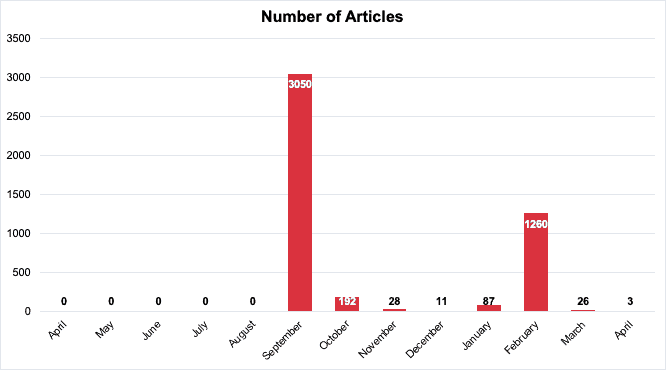 Chart 5 – Coverage of Serena Williams and the Herald Sun cartoon

During September this story appeared in 3,050 articles. The second spike of coverage (1,260 articles), in February, was prompted the Australian Press Council watchdog releasing its adjudication concerning the cartoon. The watchdog came to the conclusion that the cartoon was not racist and instead said that the cartoonist used exaggeration to depict the dispute between Williams and the umpire. The council wrote that “the cartoon uses exaggeration and absurdity to make its point but accepts the publisher’s claim that it does not depict Ms Williams as an ape, rather showing her as ‘spitting the dummy’, a non-racist caricature familiar to most Australian readers” [9].

Williams was fined after the tournament for her behaviour during the final. On social media Williams found support from former tennis players and fans, nevertheless there was also a lot of criticism for her behaviour, as many thought that it was disrespectful to her young opponent who should have been the centre of attention having won her first Grand Slam [10,11].

This spike in coverage drove up the overall coverage of the women’s US Open.

Below is a graph showing the volume of articles on the US Open (for both men and women) in the run-up to, during, and after the event.

The week following saw women’s coverage massively exceed men’s with 2,690 and 1,670 respectively. This coverage spike being driven by the controversial women’s final and the Herald Sun’s cartoon.

But what does this mean for tennis, and professional sport in general? And what implications does this have for the perceived gender equality of the sport? Ultimately, it has become abundantly clear that the media doesn’t treat male and female professional tennis players in the same way. In the case of last year’s US Open – an exciting final between the youngster Osaka and Williams (- returning to competing another Grand Slam final after giving birth to her first daughter) – was overshadowed by the conversation around a highly contentious cartoon and the reaction of Williams one of the two players to the umpire’s calls. Focus on Williams’ actions, not her ability, had a measurable impact on how the US Open was reported on.

Beyond the 2018 US Open, women’s Grand Slams received 41% less media attention than men, despite similar viewership. In the only Grand Slam where women received more attention than men, this was due to media focus on controversy (marred by accusations of sexism and racism), rather than ability. This reveals that women in sports face levels of scrutiny for their character, actions, and even appearance, in a way that men are not. This has the knock-on effect of diminishing the achievements of women in their sporting fields.

Image source: Cropped use of Serena Williams in the First Round, Women’s Singles, Rio 2016 Olympic Games (7 August 2016), by Andy Miah via flickr.com.