Sinking our Teeth into the Casual Dining Crunch 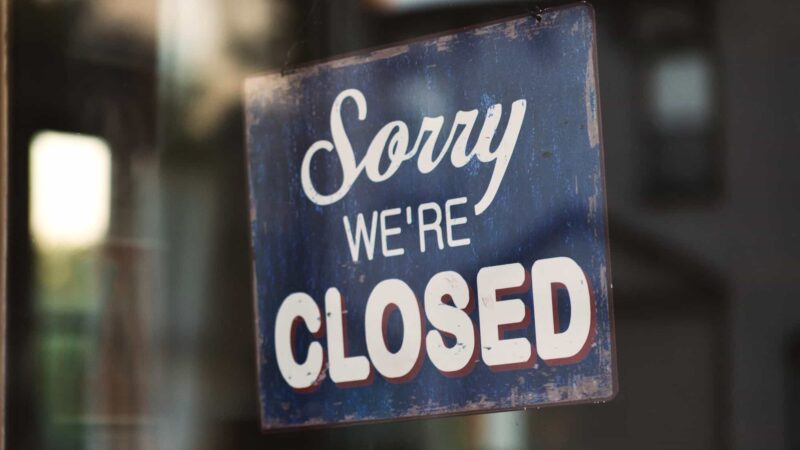 In the wake of Jamie Oliver shutting the doors of 22 of his 25 restaurants, Prezzo almost going past-a point of no return last year, and many of our favourite casual dining spots reporting 0% growth in May, it seems like the chowpocalypse is upon us. It’s a death knell not a dinner bell for the high street chain restaurant trend.

These may seem like sudden and horrific developments in the slow demise of the British High Street but in truth, it’s an inevitable outcome of the rapid expansion of many chains during the casual dining boom of the last four years.

The death of the High Street is harped on about in the news enough that it’s not surprising. There are the usual scapegoats: landlords eating away into profits with rapidly increasing rents, “fickle” Millennial consumers spurning brand loyalty, and the wave of online alternatives to brick and mortar establishments.

It’s undeniable that surging commercial rent has contributed to the struggles that many business owners face. But there’s more to the story, as ever. And shifting the blame to customers and online alternatives like Uber Eats, Just-Eat and Deliveroo, for the downfall of our mid-range eateries, is short-sighted.

The reasons for the failure of these chains are numerous: from over-expansion and falling food standards to Brexit worries and the flailing pound. So let’s dig in.

How many Pizza Expresses have you seen open in the last four years? Do you remember the plague of Gourmet Burger Kitchens that descended upon us in the mid-noughties like a swarm of locusts?

Chains love to expand and for the most part, they do it well. But over time the legion of newly opened chain restaurants ran into trouble. Some are simply poorly located, on side streets or in ‘Up and Coming’ areas that never, well, came up.

Some chains just can’t keep their staff. With a preference for zero-hours contracts, there has been a marked shift from hiring career restaurant workers to relying on students and European immigrants to make up their rota. The former leads to an annual exodus during the summer and the latter has led to chains struggling to retain European staff in the post-Brexit environment we find ourselves in. And both lead to poor training and high staff turnover.

Yet, the uncertainty surrounding Brexit doesn’t just eat into restaurants’ staff rosters. With the pound less stable than the weather and about as predictable, the price of importing goods from Europe has never been higher. One of the many issues that Jamie’s Italian brand faced was the cost of importing authentic ingredients from Italy. Practicalities aside, Brexit uncertainty also means investors are less likely to invest in UK restaurants and eateries. 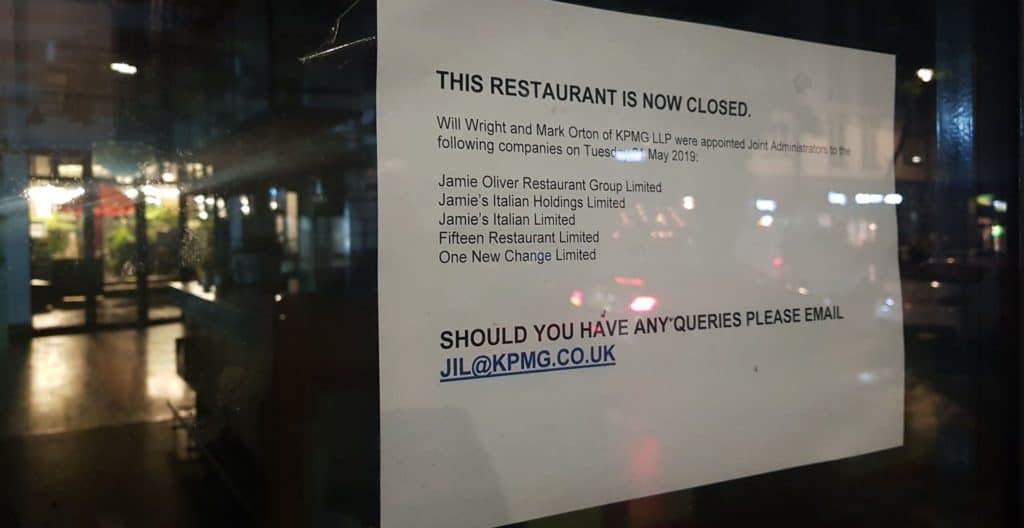 The sheer size of these chains makes it near impossible for them to adapt to new food trends. Menus often remain stagnant and out of season, with the exception of a “seasonal special” revealed with much fanfare and received with a disinterested shrug by diners; dishes that nobody wants and nobody buys sitting pretty on the menu for years to come. Negative reviews roll in across newspapers, food blogs, and social media, but nothing is done by the chains.

It’s a conundrum of monumental proportions. The chains are either too large to affect change – unaware of criticism and how their restaurants are being received through ineffective media monitoring – or they buy into the personality cult of their brand and the folk-hero chefs that lead them. Unfortunately for them, everyone else can see that the Emperor wears no chef’s whites.

Worse yet, an inability to maintain high food standards across all venues leads to a reputation-damaging variation in quality. This is significant as chain restaurants are often held up as a trusted source of consistency – catering for allergies, children, and even the picky. So when this unspoken pact between the customer and their go-to mid-range restaurant is broken, consumer-loyalty can be irreparably damaged.

All these issues are weak links in the chain that inevitably lead to closures. And though the closure of a few restaurants following a period in which you’ve opened 10 or 20 seems like a reasonable pay-off, when the expansion stops and the closures don’t, you’re in trouble.

A hard truth for the High Street to swallow

In the current restauranteering climate, there’s often more competition between two locations of the same High Street chain than between a chain and a local independent eatery. For one, the clientele patronising them will be vastly different. Despite the lack of business sense in this dynamic, this self-cannibalising trend can be seen across chains.

It’s the Starbucks on every corner problem. It doesn’t hurt the coffee purist’s coffee shop down the road, it just makes it easier for them to know who their loyal customers are. And ultimately, it shows that chains have forgotten that after growth, it’s better to have one busy restaurant than two mostly empty ones.

However, in the pursuit of more dough (bad pizza joke), chains like Jamie’s Italian have found themselves stretched thin and losing track of what matters: the quality of the venues they open. And the aftershocks of these failures reverberate around the industry, with failing mid-range brands bringing down the ventures they financially support – the closure of Jamie Oliver’s Fifteen London a genuine blow to the industry. 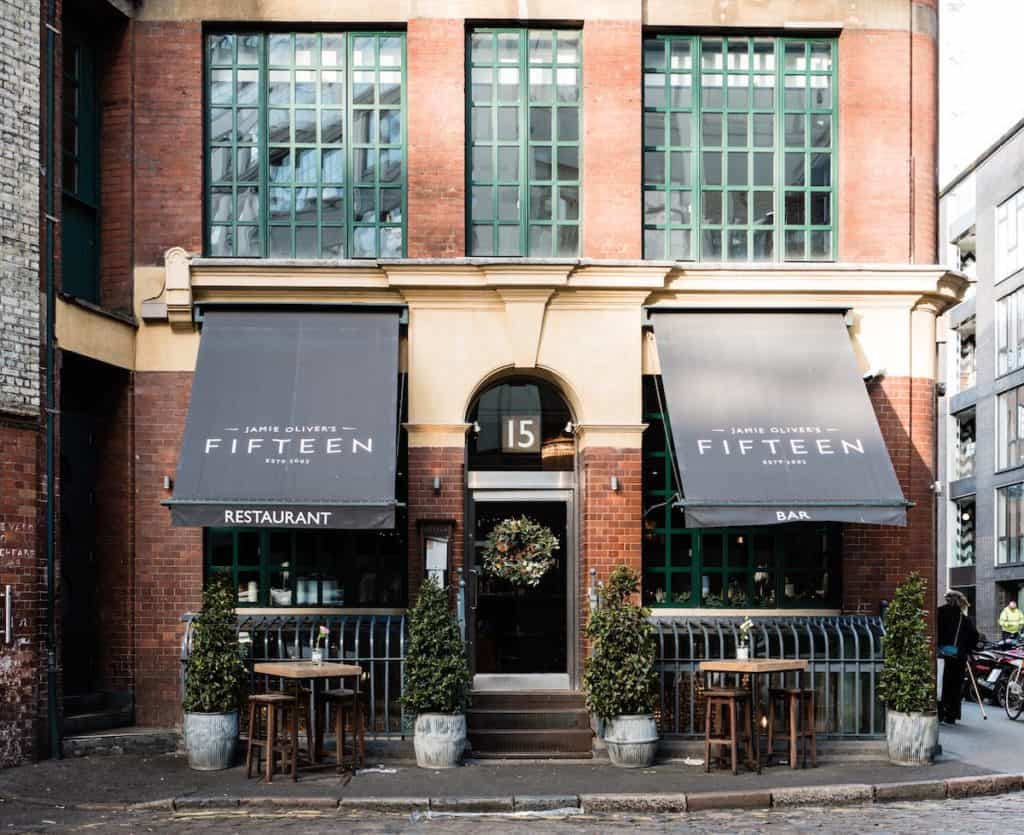 But the question remains, why weren’t these failing restaurant chains able to foresee their downfall? Or at least stem the flow of their haemorrhaging profits. Maybe they weren’t adequately monitoring their presence in the media, or maybe they were simply too big for their boots and thought scale meant they were untouchable.

With consumer tastes being increasingly informed by influencer chefs (a trend arguably born out of Jamie Oliver’s success) and the convenience of delivery apps bringing variety to customers doors, the appeal of high street restaurant chains has almost entirely disappeared.

Why would you fork out for a culinarily underwhelming experience in an environment often lacking in ambience, when alternatives are a tap of the finger away? For the amount of time, effort, and money involved – not forgetting the lukewarm payback – places like Jamie’s Italian just don’t cut it anymore.

Discover how effective media monitoring could save your business from the same fate.