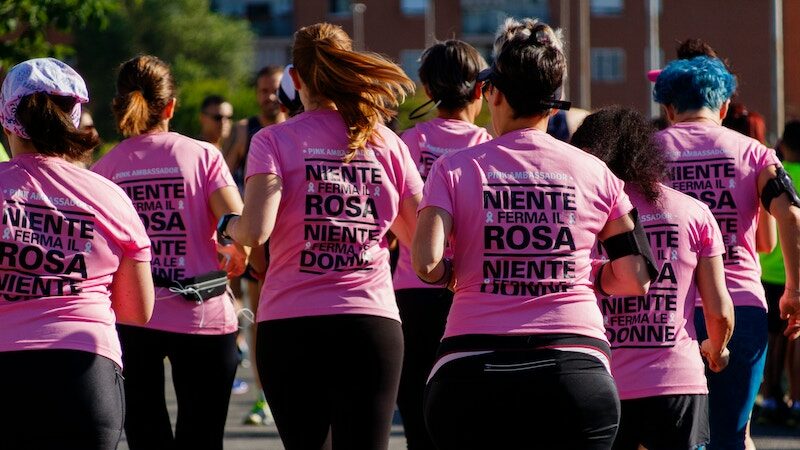 How much Regional news coverage do charities get? [Interactive Map]

From Macmillan’s wildly successful coffee mornings, to Cancer Research’s famous ‘Race for Life’ – charity campaigns are now all about bringing people together. In order to do this, charities are focusing on increasing their reach and publicity amongst communities up and down the country.  This has led to substantial media coverage by regional publications, showing just how community-driven many charity campaigns have become.

Which charities have the most impactful media coverage?

We looked at the top five (UK-focused) charities with the highest income through fundraising.  By using Signal AI, our AI-powered media monitoring platform, I was then able to determine how much media coverage each charity has received this year in regional news publications across the UK. 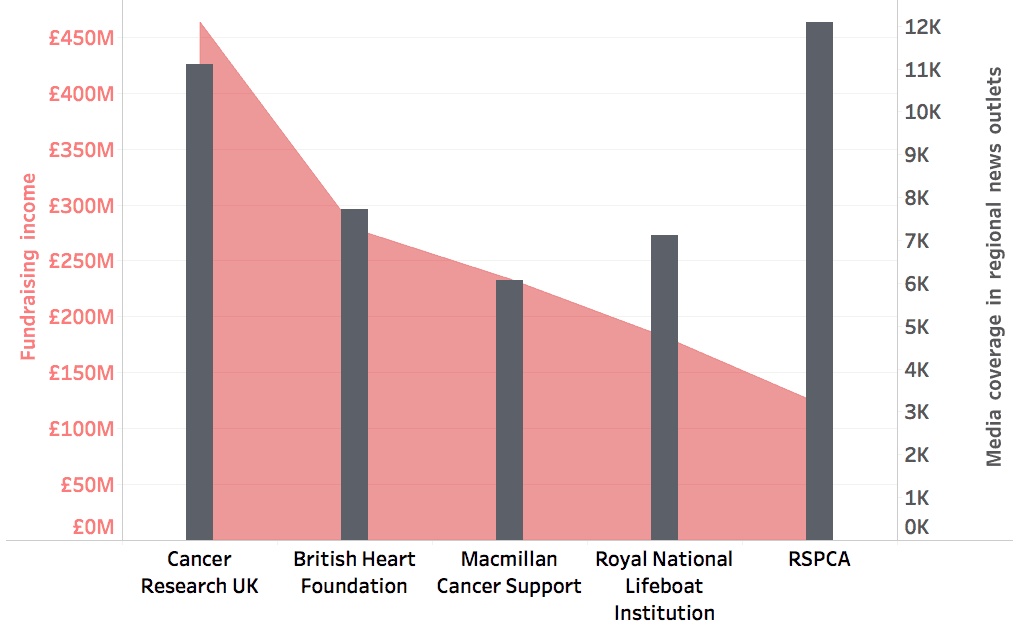 It turns out that for the most part, greater regional media coverage is linked with greater fundraising income. But there is one obvious exception to this rule: RSPCA.

Charities perform differently depending on which region we’re looking at.  Hover over the chart below to find out how much media coverage each of the top five charities get in different regions. (You might have to wait a few seconds for the numbers to load!)

Cancer Research is one of the most popular charities in the UK in terms of regional media coverage. But it tied with one other major charity…

The RSPCA do just as well, but their coverage is less impactful

The British media and public once again uphold their love for animals, with the RSPCA receiving the most news coverage in 50% of all UK regions, and the second most coverage in 42% of all regions.  This is over 12,000 regional media mentions, which is similar to Cancer Research’s situation.

However out of the top five charities, the RSPCA received the least media coverage in Scotland.  The two major cancer charities took first and second place in this region.

It is interesting to note, however, that despite the RSPCA’s substantial media coverage on a regional level, they have the least fundraising income out of the top five charities at £121.4m.  This suggests that even though their regional news coverage is extensive, it is less impactful overall.

The British Heart Foundation proves that less can be more

The British Heart Foundation, Royal National Lifeboat Institution, and Macmillan Cancer Support all fluctuate in terms of where they rank depending on the region.

Scottish regional publications frequently mentioned Macmillan Cancer Support, as did news outlets in North East England.  The Royal National Lifeboat Institution also did well in these regions, as well as in South East England and Wales.

Finally, the British Heart Foundation did best in the following regions: South West & Midlands, East of England, North West England, and Yorkshire & the Humber.  Although the British Heart Foundation did not always receive a lot of media coverage across regional news outlets, the charity has achieved the second greatest income via fundraising (only beaten by Cancer Research).  This means that the media attention they received was much more impactful than a lot other charities’.