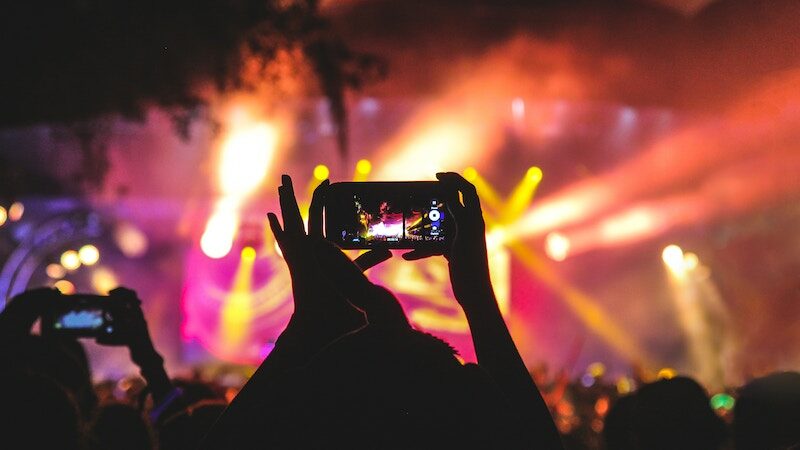 The RSA conference is the information security event of the year.  It’s like Coachella, or Woodstock – but more fun, and less sweaty. The RSA usually hosts some big-name exhibitors, with news headlines this year being dominated by McAfee and Dell (the Beyoncé and Jay-Z of the cybersecurity world).  But a few relatively smaller names are breaking the surface after being recognized at this year’s RSA conference.

Using Signal AI, our AI-powered media monitoring platform, we were able to analyse media coverage of smaller information security firms. Data from our platform showed that these firms appeared frequently in news headlines about the RSA.

Read on to find out what PR tactics these companies used to maximize their media coverage. 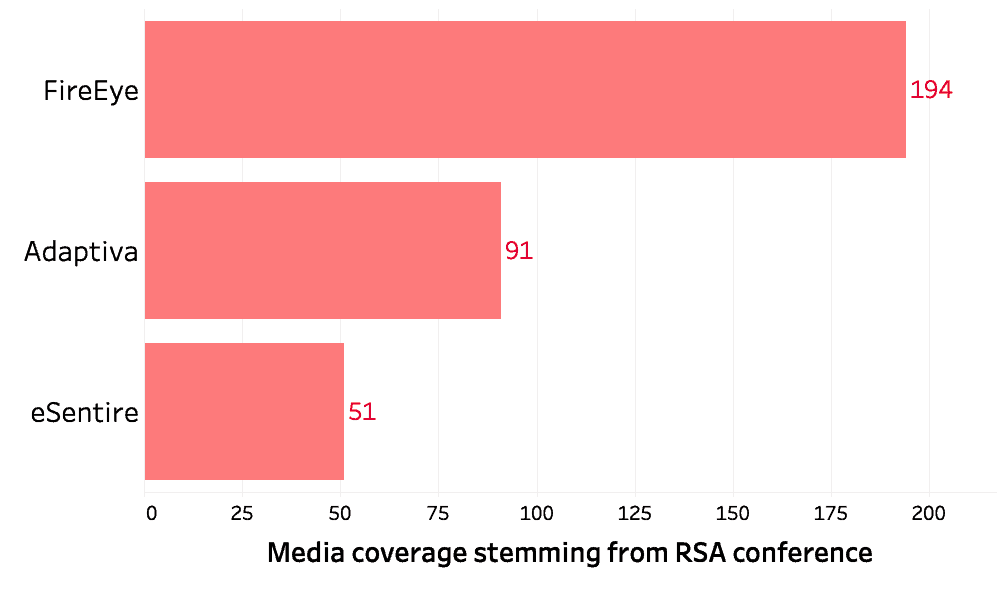 Put your Spokespeople in the spotlight

FireEye is a great example of utilizing spokespeople in the best possible way.  At the RSA conference, FireEye organize a talk given by the company’s Vice President and Head of Global Intelligence Operations, Sandra Joyce, and CEO Kevin Mandia.  The pair weren’t afraid to cover contentious issues, discussing cybersecurity threats from global superpowers such as North Korea, Iran, China, and Russia. Bold? Yes. Did it bring extra attention to the company? Definitely.

FireEye cleverly got its two most charismatic spokespeople to discuss touchy topics at the biggest information security event of the year.  This got them 194 media mentions over the course of the conference.  PR genius.

Bling out your booth

Product releases are exciting enough as it is.  But end-point management company Adaptiva decided to go all out at the RSA conference this year.

To celebrate the release of their innovative Evolve VM product, Adaptiva ran bi-hourly dynamic theater sessions at their ‘SuperTech’ themed booth.  Attendees were able to immerse themselves in Evolve VM’s capabilities, in a clever and engaging way.  Anyone who came to a theater session would receive a free T-Shirt, or win a $100 Amazon gift card. One lucky attendee also won $1000 at the end of the conference.

And if that’s not enough, Adaptiva also set up a six foot tall LEGO statue at their booth, which was impossible to miss.

Adaptiva’s clever mix of theater sessions and giveaways meant they attracted a tonne of visitors to their booth.  Their marketing activities got them 91 media mentions during the conference.  This proves that putting effort into your conference booth pays off.

At a conference with almost too many companies but only a limited number of news outlets, it’s important to do what you can to stand out.  eSentire – a threat detection company – stole the limelight at the RSA this year by dropping a multi-million dollar bombshell.

On the first day of the conference, eSentire revealed that they had raised an additional $47 million in funding.  Large-scale funding is always bound to get press, so some might say – why waste it at a conference where everyone else might muddy the waters?.  But eSentire’s decision to make the announcement at the start of the biggest cybersecurity conference in the world worked out better than anyone could expect.

The company managed to maximize their media presence by announcing their news at the perfect event, attaining 51 media mentions.  After all, industry events are ultimately also press magnets.  Time your announcements strategically, and reap the rewards.

To attract significant traction in the media, it’s important to put on a show.  Conferences are always packed with press people who crave something cool to write about. From cleverly utilising spokespeople, to building buzz around your booth – it’s important to do whatever you can to get journalists talking.