Love Island and the rise of the influencer 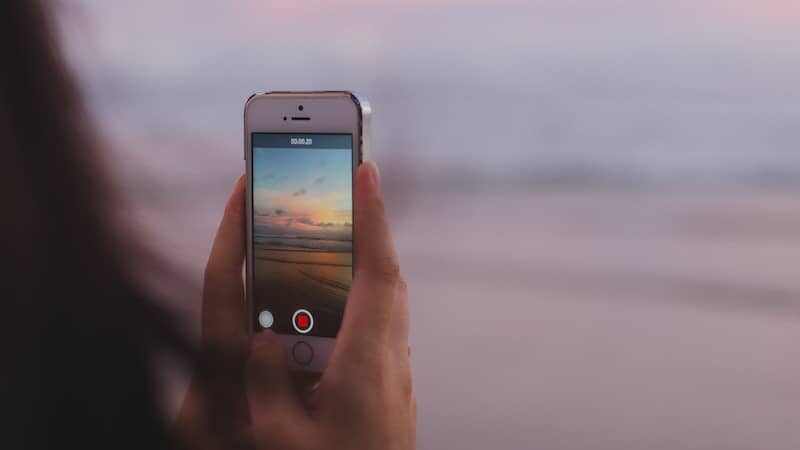 Love it or loathe it, it’s been hard to ignore the hit ITV2 series Love Island. Even those that resisted the temptation to tune in to an episode (or all 49 of them) were hard-pressed to avoid the goings on in the villa. The arrival of new contestants, the departure of now familiar faces and the breakups and makeups played out across social, digital and traditional media.

Over 4.1 million people watched the series finale where Dani and Jack were named winners. There were over 6.2 million Google searches in the UK for the term ‘Love Island’ last month, and the Love Island hashtag was trending on Twitter throughout the eight weeks it was broadcast. To date, there have been over 125k mentions of Love Island in UK print, online and broadcast media since this third series started on 4th June 2018.

Last year Love Island was the 14th most covered news story in the UK media, ranking ahead of stories related to the London Bridge terror attack, the General Election and anti-Trump protests. You can download our report ranking the UK’s top news stories in 2017 here.

Love Island: After the show

Many of the swimsuit-clad stars of last year’s Love Island used the show to launch their personal brand and have gone on to develop lucrative careers bagging themselves spin-off series, modelling assignments, public appearances and product endorsements. Some even created their own beauty, wellbeing and fashion lines. Interest in Love Island and its cast members certainly hasn’t waned in 2018, and there’s plenty of opportunities for the right brand to get their goods seen by their target audience if their products are aimed at generation Y and Z buyers. 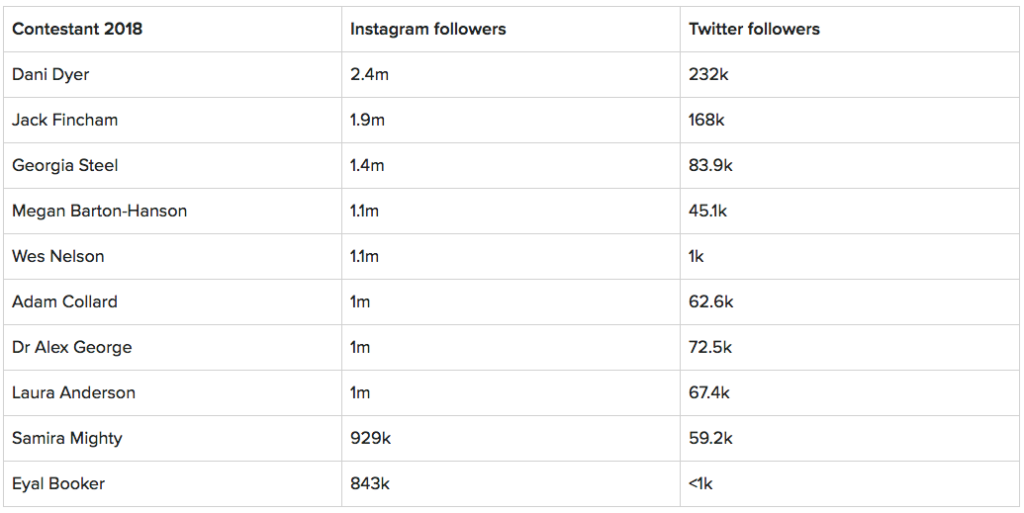 At the risk of sounding cynical, it remains to be seen just how long the romantic relationships forged on the show last. What is clear, given the follower numbers in the table above, however, is that these contestants have successfully formed relationships with viewers acquiring a sizeable fanbase and earning themselves influencer status. Their fans want to know what they’re wearing, where they’re going, what they’re eating and drinking and how they keep themselves in shape. Their hardcore followers have formed a bond with their favourite Love Islanders over the course of 50 hours of TV viewing, and this interest and curiosity doesn’t end with the series finale. 30 of the 38 contestants (79%) have already employed the services of a talent management or PR company to represent them, aware that they need to move fast if they’re to capitalise on their new-found fame.

Influencers earnings vary depending on factors such as the number of followers, average engagement rate, how their content will be used on other platforms and their perceived celebrity status. However, a general rule of $100 (£77) per 10,000 Instagram followers is used by many marketers to give an indicative cost. Based on her current follower numbers, that means that Dani Dyer could command a fee of £18.5k for a single sponsored Instagram post. It’s been reported that Kem and Amber, the winners from last year’s show have earned in excess of £750k and £600k respectively since leaving the villa.

How can the Love Island influencers benefit your business

In an article for Marketing Week in June, Gary Knight of Influencer Champions said research has found that on average for every £1 spent on an influencer-led campaign, brands are getting back £17.21. So if you did invest £18.5k in promoting your products with Dani Dyer utilising her Instagram you could be looking at a net return of around £300k.

The finalists from last year’s Love Island have continued to book work and remain relevant since they left the villa. By appearing on spin-off series and other reality TV shows, they’ve milked their fame. The brands collaborating with last year’s Love Islanders have continued to benefit from their association with the reality TV stars. The chart below plots the media mentions of the eight 2017 finalists over the last 12 months.

Businesses are embracing influencer marketing because it’s proving to be a highly effective tactic for consumer brands. It ticks many boxes in terms of increasing awareness and engagement, changing perceptions, generating fresh content, improving SEO and ultimately selling products. It’s critical to get the right influencer for your product offering so the sponsored content produced looks and feels authentic. It’s also important to get the timing right so your message drops just as your influencer’s star is burning bright. Get this right, and there’s much to be gained from a relationship with a Love Islander.

Want to get media insights and see who the influencers are in your market? Our AI-powered media monitoring, reputation management and market intelligence platform enables you to understand and visualise the media landscape as it relates to your organisation. Request a personalised demo.

Be the first to read our new content by following us on LinkedIn.