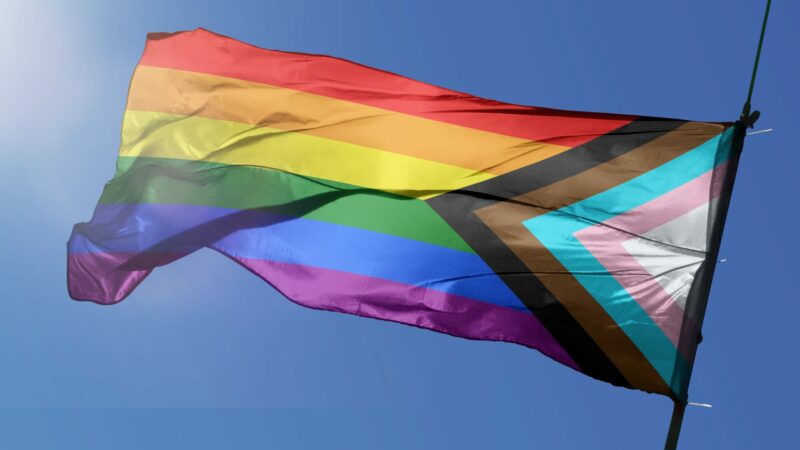 To celebrate Pride Month this year, one of the things we wanted to do at Signal AI was to use our Strategic Insights function to analyze some of the biggest stories around the LGBTQIA++ community.

One of the biggest stories this month focused on UEFA banning the use of rainbow colours to highlight the Allianz Arena in Munich, which was hosting the group stage tie between Germany and Hungary. The German skipper, goalkeeper Manuel Neuer, was also said to be facing a fine from UEFA for wearing a rainbow armband in support of Pride. As reflected in the purple line below, you can see UEFA’s sentiment score became negative for the first time in a month. However their score bounced back to some small positivity with the announcement they had published their own logo with rainbow colours.

Drinks brand Anheuser-Busch also found themselves negatively covered following news that the company made donations to various anti-LGBTQIA++ lawmakers. The Stonewall Inn – the site of the eponymous 1969 riots that sparked the gay right movement – banned beers made by the brand. Positive sentiment to the venue shot up (as reflected in the dotted yellow line) while Anheuser-Busch’s score took a big hit, dipping to as low as -0.6. 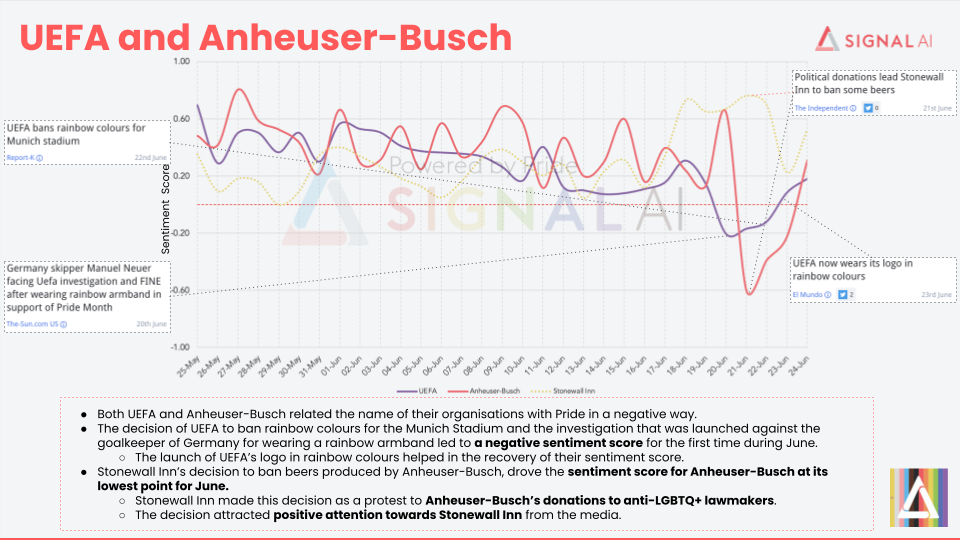 We also analyzed how LGBTQIA++ Pride was covered in 2020 compared to 2021. We trained our AIQ to understand LGBTQIA++ Pride as a topic and the below graph shows how coverage of this topic spikes in Pride month. However, the sum of coverage from July 2020 to May 2021 accounts for just 69% of coverage generated during Pride Month 2021. This shows us that much work is needed to keep LGBTQ+ Pride in the media eye throughout the entire year.

Our research also showed us that only 11% of the coverage of LGBTQIA++ Pride throughout the year was negative. 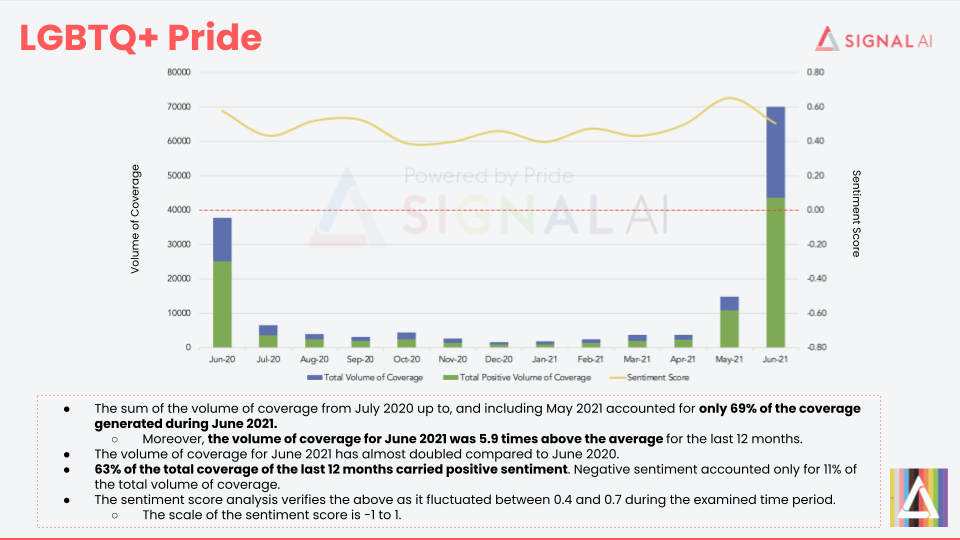 For more research and analysis from our Strategic Insights team, see our work on coverage of George Floyd’s murder and gender bias in coverage of tennis, and our recent work with Sara Fischer at Axios looking at the media topics dominating President Biden’s first few months in office.

Find out how Signal AI can help inform your decision making by making sense of data, surfacing insights like those above.