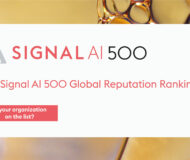 It has been announced that Alphabet, Google’s parent company, has surpassed Apple as the world’s most cash-rich company. The tech giant now holds $117 billion in cash, or liquid reserves, compared to Apple’s $102 billion net of debt. However, The Financial Times suggests that this new title isn’t as beneficial as it first seems. What it will do is bring scrutiny to Alphabet and Google from regulators concerned about Google’s monopoly and prominence, despite numerous multi-billion dollar fines in recent years.

Also, it by no means puts them on top. Alphabet may be the most cash-rich company in the world, but it is far off being the most valuable company overall. Microsoft currently holds the coveted spot at the top, with Apple and Amazon overtaking Google in the value-race. And it’ll be increasingly hard to catch-up to Microsoft now, as they are the only company to have a market cap above $1 trillion. Like many tech companies, Facebook have extended their reach into medical tech. The social media conglomerate have announced a breakthrough in their experiments and research into AI mind-reading. This is less scary as it sounds, as the tech will be used to allow patients that have developed speech-loss due to paralysis to type by thinking.

The initial technology has been effective so far. Tested on epilepsy patients, who already have recording electrodes placed on their brains to locate and measure seizures, the machine learning aspect of the technology seems to be working. The participants in the study were asked to answer random multiple choice questions out lout. In a short time the algorithms learned to identify the question they had been asked, 75% of the time, and their chosen answer, 61% of the time.

It is a technological advancement that mirrors the work that Elon Musk’s brainchild, Neuralink, is working on. And both will inevitably revolutionise medial technology and greatly improve the lives of those affected by speech-loss or physical paralysis. There is, and should be, some concern about Zuckerberg and Musk’s ever extending reach. Especially their control over our friendships, political views, transport, and now minds. In a shock announcement to the news Uber are conducting in a complete restructure of the marketing department. They have made 400 of their global team redundant. This reshuffle will see the combining of marketing, communications and policy, under Jill Hazelbaker, senior vice-president of marketing and public affairs. This announcement follows the departure of Uber’s chief marketing office, Rebecca Messina, last month, after a period of team growth and mediocre results.

The changes may have been spurred on by Uber’s loss $1.01bn (£830m) in the first three months of 2019. This in turn caused by their floating onto the New York Stock Exchange. This panicked scaling back could be an advanced warning for IPO-hungry unicorns. But only time will tell whether they will sufficiently recover.

VR used in ‘The Lion King’ could revolutionise movie making If you haven’t already seen the new ‘The Lion King’ remake yet, then you’re just about the only one. Having passed the $1 billion mark at the box office, it’s the must see film of summer 2019. But the film isn’t just making waves in Hollywood, it could be changing the way we produce films forever. Despite the film being entirely animated with computer graphics, it was shot in a 3D virtual reality (VR) environment using traditional production methods, giving the remake a true-to-life, nature documentary feel.

In addition to altering the course of film’s future, the methods have revitalised the virtual reality industry. The niche technology has struggled in recent years due to the bulky equipment and hefty price tag. A trend that can be tracked in the falling levels of investment in VR and augmented reality (AR) startups. But this new application of VR holds promise as an advanced production tool. From scouting and filming scenes in VR, to enabling better planning and cutting down shooting times, virtual reality and film production go together like Timon and Pumbaa. Amazon are dipping their toe into fashionable subscription boxes with Personal Shopper by Prime Wardrobe. The service will deliver bundles of curated clothes to customers for a measly $4.99 a month. With up to eight items of clothing and accessories in each delivery, 96 items a year, fast fashion has never been so dispensable. But at what cost?

Across the fashion industry and beyond there is an increased awareness of the negative environmental impacts of fast fashion. With landfills full of synthetic clothes and designer brands like Burberry burning masses of unsold stock to protect their brand, fashion is being held accountable in the news. So Amazon’s latest venture seems badly timed and not entirely in-line with a significant number of their customer-base. However, there does seem to be a certain level of predicted interest in the service. Mintel, the market research company, found that 39% of people in the UK use Amazon Prime. A significant prospect list who could be persuaded to sign-up for Personal Shopper. It will be interesting to see the levels of uptake of the service, especially in the wake of Amazon Prime Day.