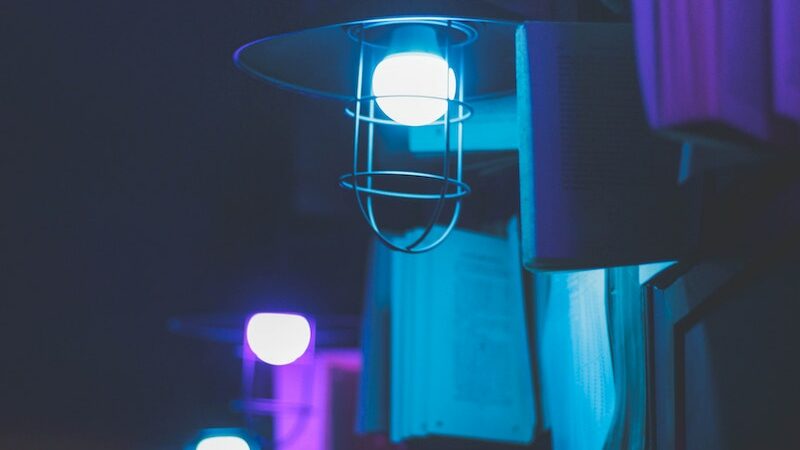 The ghost of fast-food restaurants present: Burger King gets creative for Halloween

If you thought the spooky season of egg-throwing and candy-induced-sickness had reached its peak, then you’d be wrong. In an spooktacular PR stunt, Burger King has WON Halloween this year by dressing up as the ghost of McDonalds.

The Burger King franchise, located in Queens New York, showing off its festive spirit (quite literally).

The restaurant, just in time for the holiday, donned a building-sized ghost costume adorned with the iconic golden arches of their main competitor and nemesis. On top of dressing up as the ghost of the “golden arch,” the restaurant also served flame-grilled burgers with matching spooky McDonald’s themed containers.

But, we have to question whether this is just a harmless (and hilarious) spooky PR stunt or a straight up trademark infringement?

Source: Burger King Dressed Up as the Ghost of McDonald’s in This Scary Good Halloween Prank, AdWeek (27 October 2019).

Carlsberg, the Danish brewery founded in 1847, is gunning for PR gold with a new PR agency. They have appointed Golin as its retained agency to align Carlsberg’s PR across its consumer brands. These include Carlsberg Danish Pilsner, Carlsberg Export, San Miguel and Mahou. And managing PR across sponsorship assets such as 02 Academies, Live Nation festivals, Glastonbury, Somerset House and Classic Ibiza.

“We were impressed by Golin’s consumer and corporate communications credentials and its sharp focus on measurement, which was the best we came across.” Andrew Roache, Head of Corporate Affairs, Carlsberg

Following a four-way pitch, Golin must have certainly put forward an on-brief PR strategy that aligns brand and corporate PR. Their pitching success lands them as primary support for Carlsberg UK’s sustainability programme and Together Towards Zero. On top of driving awareness of its Snap Pack packaging, which removes traditional plastic rings by replacing them with recyclable glue and reduces plastic.

The agency is set to start work in January.

US vs China in the AI Venture Capital race: US wins

The United States (US) steals the AI Venture Capital crown from China as its named the new global Artificial Intelligence (AI) venture capital. According to ABI Research, in 2018 52.3% of the global AI investments came from the US and that number is expecting to reach 70% in 2019.

The reason behind the colossal growth of AI in the US in 2019 are investments from Cruise Automation, Zymergen, Zoox and Dataminr. And it is only going to grow. The AI, VC funded, industry is expected to reach US$14 billion in 2019. In comparison, China’s year-on-year (YoY) growth rate is at a mere 54%, or in other words, US$7.4 billion.

China’s initial success was due to their specific interested in AI – machine vision in particular – that has been apparent since 2016. This led to a large AI market expansion and not surprisingly, hugely successful AI startups such as SenseTime, CloudWalk and Yitu Technology. However, the big challenge for Chinese startups remains expansion into overseas markets and their regulations.

According to Lian Jye Su, principal analyst at ABI Research: The US’ success comes “from its diversified AI investment strategy” and involvement in various sectors such as “self-driving cars, industrial manufacturing, robotics process automation, data analytics, and cybersecurity.”

While the US is leading with investments in AI research and development, China is still undeniably the largest single market for AI implementation.

Most would jump at the chance to earn £2,000 a day working in PR. And it’s certainly not a professional level achieved without hard graft and dedication.

However, Ruth Davidson – the former Scottish Tory leader – has abandoned plans to take the job with a leading lobbying firm, Tulchan Communications. Why, you ask? Well, as with most politicians who back out of a commitment: furious political backlash. Holyrood backlash in particular. Which is important, as if you were previously unawares, Holyrood is the area in which The Scottish Parliament building is located.

Not an insignificant area in which to face vitriolic opposition to your career choices. However, it’s not as unreasonable a backlash as it may seem at first glance. Davidson faces accusations of misjudgment and of ignoring potential conflicts of interest with her role as MSP for Edinburgh Central. And urging her to stand down as an MP, the lobbying industry body declared the appointment “wholly unethical.” Again due to the conflicts of interest it could raise, but also the additional £50,000 she would earn for working 25 days a year as a senior adviser to the firm, in addition to her basic salary of £63,579 as a parliamentarian.

In a surprisingly reasonable turn of events, Davidson and the London PR firm have agreed “not to proceed with the appointment.”

M&C Saatchi have opened a new Sport & Entertainment office in Amsterdam. And by expension have won the game of expansion. Game, set, and match.

The opening has been spurred on by client demand for increased representation in Amsterdam – one of the most creative cities in the world. But it also marks M&C Saatchi Group’s incremental move into the Netherlands and the Benelux region.

This isn’t just great news for M&C Saatchi, but also for their clients. Heineken, an existing retained client, will become the agency’s establishing client in the city.

“We are always looking for opportunities to grow our footprint in the right locations, at the right time, for the right reasons. We have strong existing client relationships with brands like Heineken and we believe a great opportunity to creatively connect brands to their audiences through the things they love in a brutally simple way.” Steve Martin, Global CEO, M&C Saatchi Sport & Entertainment