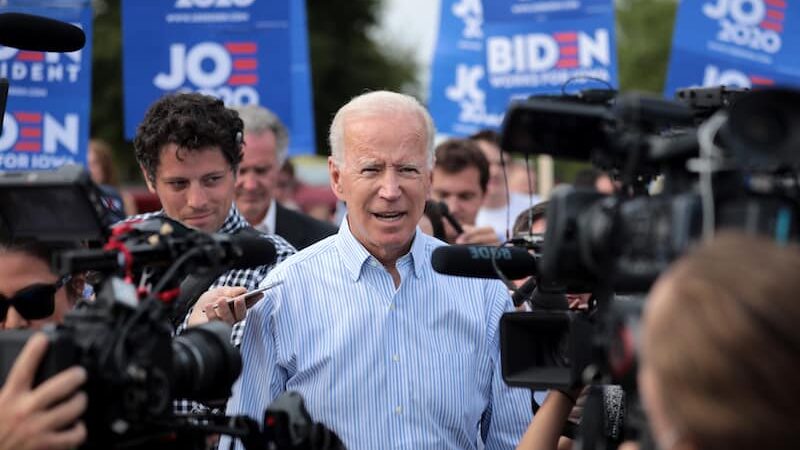 To continue our media monitoring and Index of the US Democratic Party presidential primaries and our June and July updates, here we track and analyse media coverage for the major democratic candidates in the month of August.

Using Artificial Intelligence (AI), we have tracked every time the candidates are referred to in the media throughout August. As the race is moving on, this month we are expanding our index. We have targeted our media monitoring and analysis by separating the coverage of the top four candidates by political issue.

The Race so far 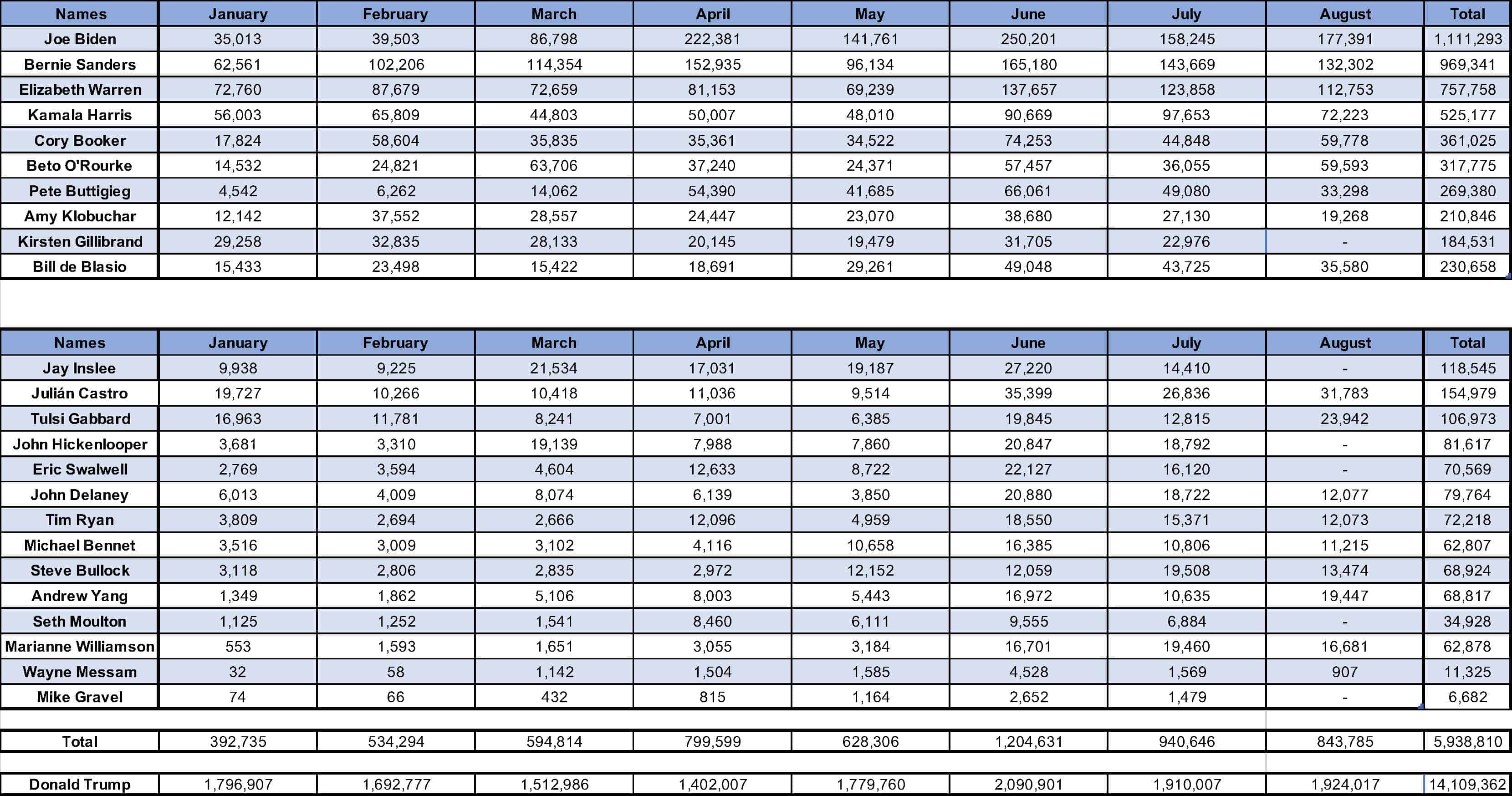 Interestingly, coverage of Kamala Harris appears to have begun dropping off.

Not who, but what?

Looking at which candidates are being talked about is helpful when analysing the race, but we can go much further.

Our AI is able not only to detect conversation on each of the candidates but decipher the topics being mentioned in relation to them.

This month we looked at who, out of the four front runners, is dominating discussion around the following major political issues: education, environment, immigration, and healthcare.

Whilst Biden is leading in terms of coverage, he isn’t across the board 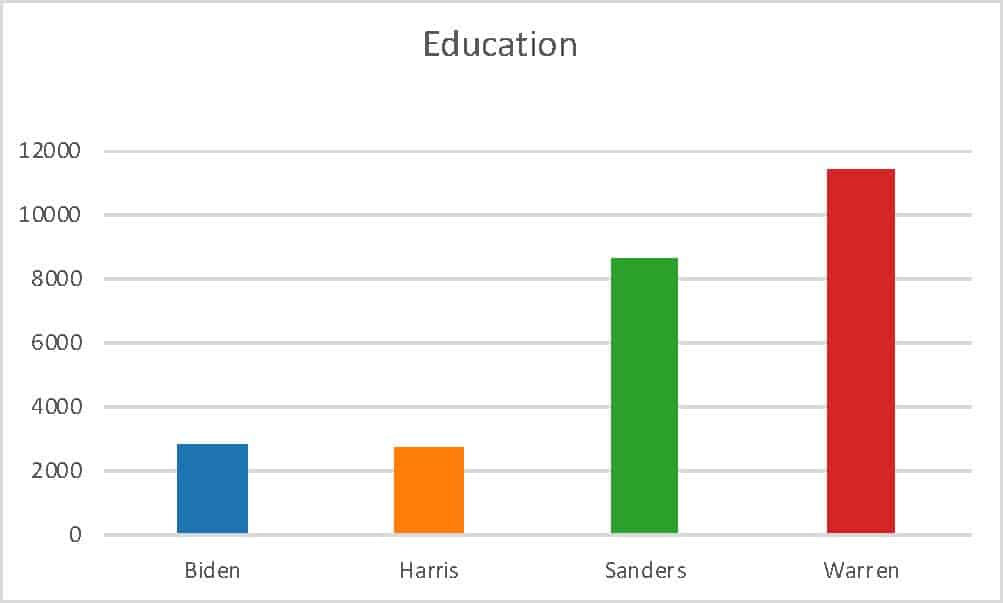 Sanders tactical decision, to unveil his plan of eliminating student loan debt immediately prior to the first round of debates, ensured that media coverage on the topic of education following the debates focused on him.

However, given Sanders’ long association with these types of policy, Warren’s proposed education plan was more news worthy and gathered more attention overall. 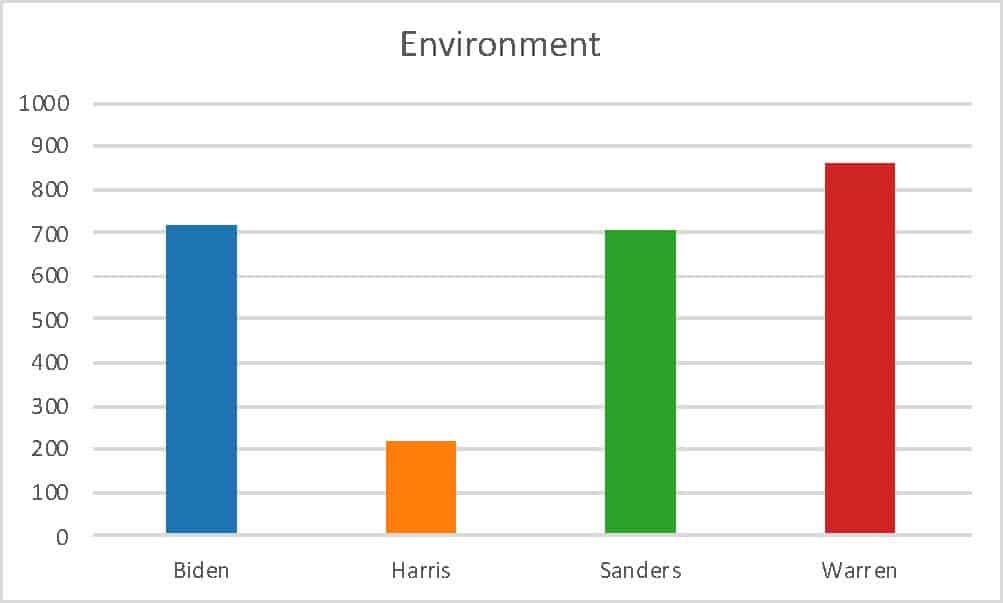 Coverage is driven not only by action but also by surrounding events (such as the EPA’s rollback on coal legislation). Having the most radical agenda is one way that candidates can position themselves to be mentioned during these events.

In this case, as Warren was the candidate with the most progressive climate policy at the time, she received attention. 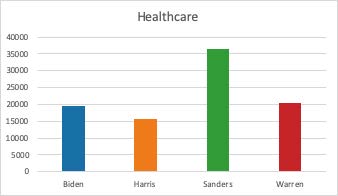 Healthcare has caused a huge amount of coverage in both debates, more-so than any other topic. If this continues through the third debates healthcare could be the defining issue of this race. 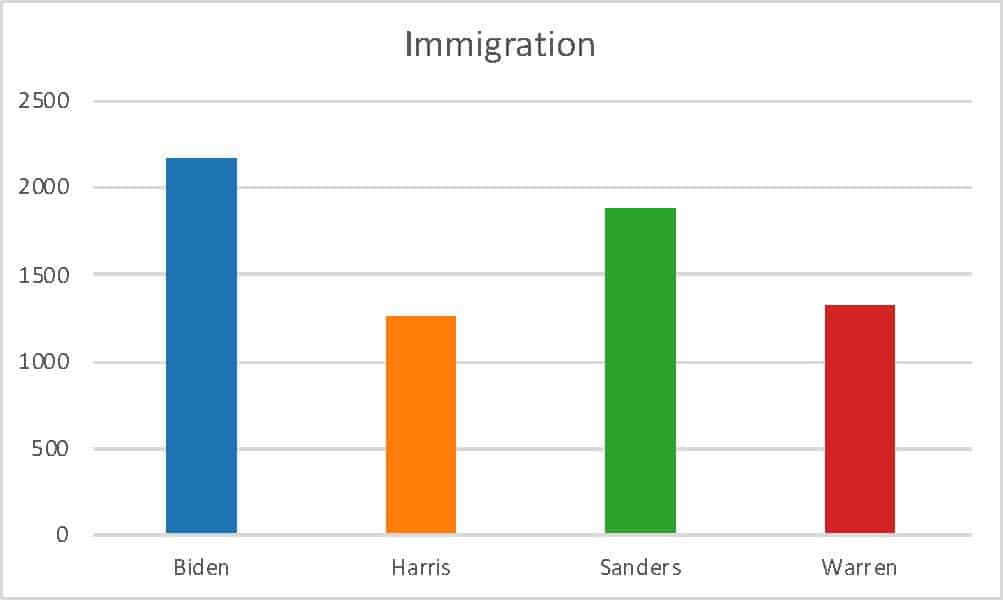 A topic centring on a candidate is not necessarily good news for them. Biden’s association with immigration in the race so far is a reflection of how the other candidates have consistently attacked him both on his current position and for his prior actions. 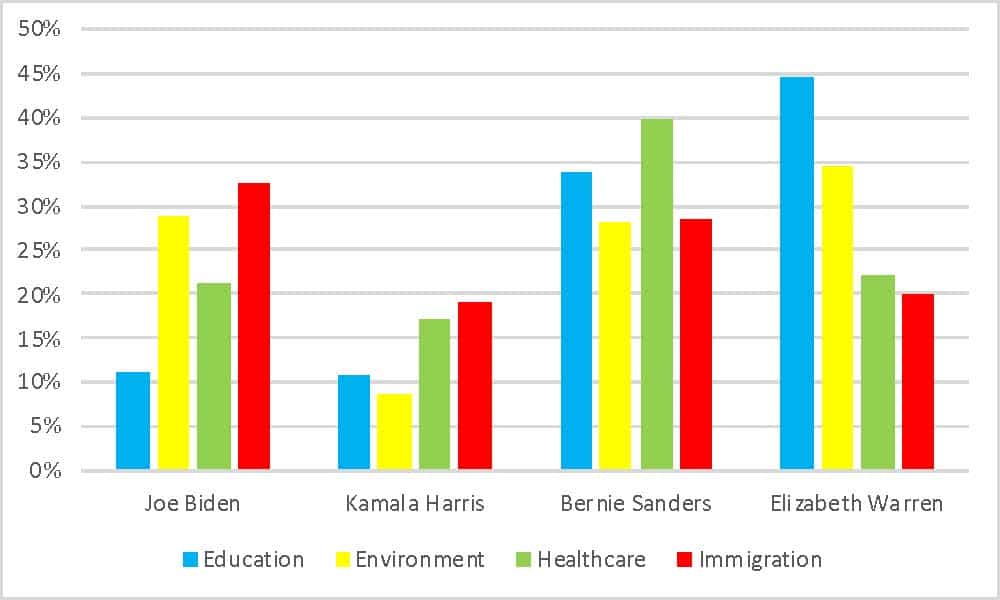 Although Biden may still be at the front of polls, this does not mean he is leading in terms of conversation. The one topic that is particularly associated with him, immigration, has served as a burden thus far.

Whilst Harris has typically been viewed as one of the four front runners in this race it would appear that she is beginning to drop behind the other three candidates. Sanders’ historic association with Medicare for All has ensured that he continues to be the Democratic candidate most associated with progressive healthcare policies. Warren’s domination of the topic of education is perhaps the most interesting thing to see.

Image Source: Cropped use of Former Vice President of the United States Joe Biden walking with supporters at a pre-Wing Ding march from Molly McGowan Park in Clear Lake, Iowa (9 August 2019), by Gage Skidmore via flickr.com.