The importance of real-time media monitoring 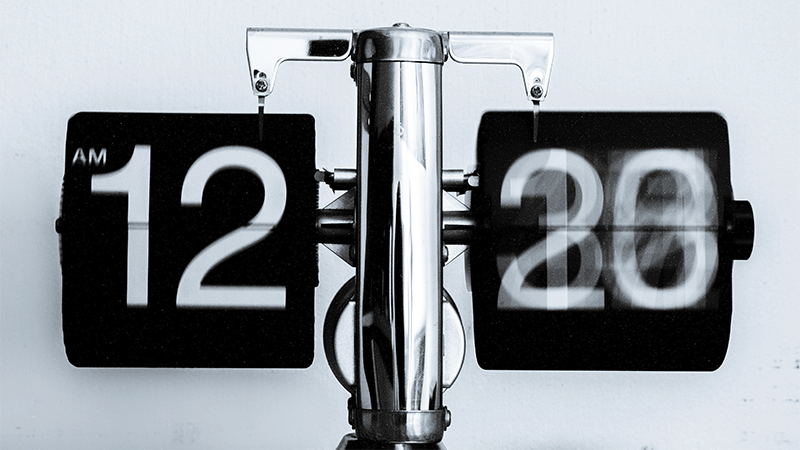 Good news travels fast, but bad news travels faster. That’s always been true. But right now – like, right now – it’s frighteningly quick and easy for a business to stumble into a PR crisis. In 2019, it’s easier than ever to give someone a lasting bad review. You can reach more places and eyeballs than ever before, in just a few keystrokes.

It wasn’t always like this in the days before search engines and social media. A problem didn’t immediately become a full-blown PR catastrophe. And that meant companies could catch a breath when dealing with bad news.

A tale of two juices

Take the case of Odwalla, a huge US producer and seller of fruit juices. Back in 1996, they were mixed up in a major PR disaster. An outbreak of E-Coli in one of their apple juices led to more than 60 people falling seriously ill. Tragically it also caused the death of one child. Cue multiple lawsuits and potential corporate catastrophe.

The response? Within 48 hours, Odwalla had recalled all of their products. They set up a website and public phone lines to give customers information about what had happened. They wrote daily updates, press releases and took out full-page newspaper ads to keep people informed. CEO Stephen Williamson took responsibility for the outbreak, and promised to pay the medical bills of anyone affected.

This was crisis management on a serious scale – and it worked. Yes, it cost Odwalla $6.5m to recall their products. They were also hit with a $1.5 million fine from the US Food and Drug Administration (FDA). As a result they pled guilty to criminal charges in relation to the outbreak.

The company lost about a third of its market value. But it survived. And five years later, Odwalla was bought out by Coca-Cola and became profitable again.

Now look at Sunny Delight. That distinctively fluorescent orange – apparently ‘natural’ fruit juice hailing from the orange trees of sunny California – was a massive hit in the UK when it reached our shores in the late 90s. Backed by a cool £10m PR campaign, it was third only to Coke and Pepsi.

Well, yes. Back in 1999, a four-year old Welsh girl’s skin changed colour after overdosing on the Beta-carotene in the drink. Sure, she was drinking 1.5 litres of the stuff a day, but that yellow girl created a red-hot PR crisis.

Following frenzied media reports – and very little comment from the company – sales of Sunny Delight halved, and it subsequently went through multiple rebrands and re-launches. Although the business is still operating, its brand reputation has never properly recovered.

“We didn’t enter the debate. We sort of stayed in our little castle thinking if we don’t say anything, the debate will go away.”

Staying silent is never a good idea. But before the days of Twitter, hashtags or trends, you at least had some time to plan crisis management. Nowadays, no one has that luxury.

The rule of thumb is to respond within the hour. Although many people say even that’s too long:

“If I were the CEO of United Airlines, I would have been tweeting, texting and sending smoke signals the minute after I heard the story about the guy taken off that flight,“ Michael Levin, of Business Ghost Inc told Forbes – commenting on the airline’s 2017 PR disaster when a 69-year old passenger was violently dragged off an overbooked flight.

“I wouldn’t wait until I had a strategy. Getting ahead of the story is the strategy. Figuring out the fine points of the strategy – do that over the weekend. But start communicating, apologising, refunding, or whatever-ing now.”

Speak up. Take responsibility. Do it quickly. That’s all great advice – and it’s exactly what the BBC did when it faced its own reputation management scandal shortly after the birth of the royal baby, Archie, in 2018.

On 8th May, BBC Radio 5 Live host Danny Baker posted what many people felt was a ‘racially offensive’ tweet about the two-day old baby. Within 24 hours, he was fired. An immediate statement, a swift dismissal – and the story died. 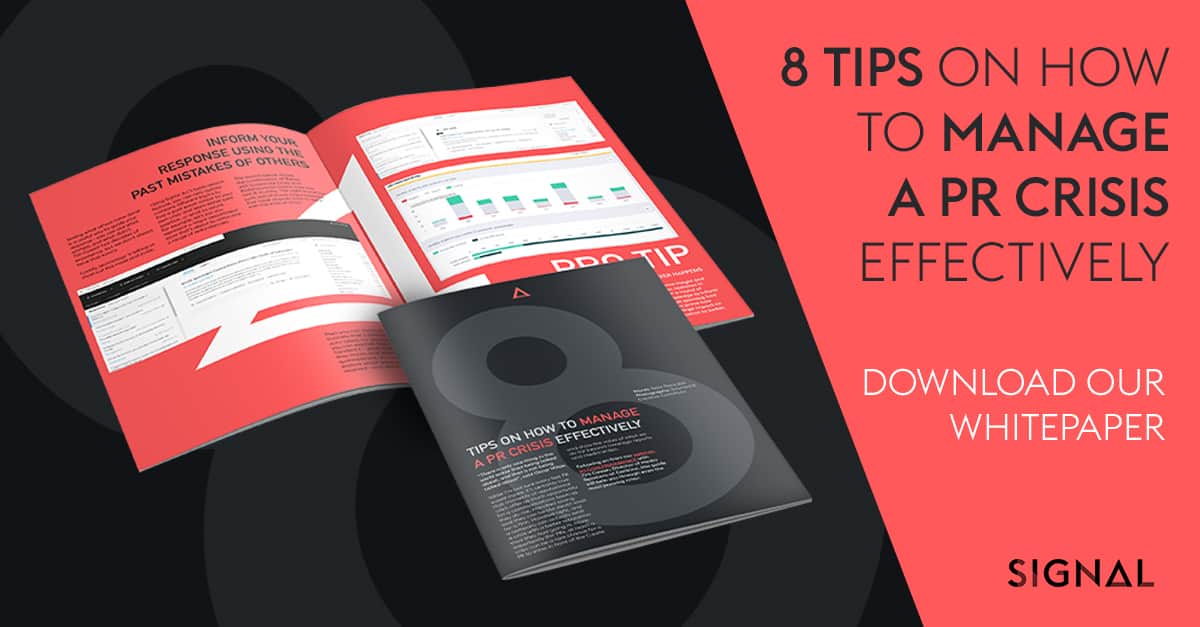 The BBC’s response may have been fast. But it could have been quicker.

As leading global crisis, risk, and reputation strategist Davia Temin puts it: “When a crisis hits, how you respond in the first 15 minutes can make or break your organisation – and your reputation.”

Why is speed so essential? As of June 2017, the London School of Economics reported that there were around 2.9 billion users of social media worldwide. That’s more than a third of the planet’s population with access to instant information, 24 hours a day.

The business implications of this rapid-fire, globally accessible content are huge. Both in terms of brand reputation and crisis management.

When a single tweet can become a viral, international scandal in minutes, real-time media monitoring is everything. After all, if you’re late to the party – or you choose not to say anything about an issue, someone else will respond in your place.

Suddenly you no longer own the story.

But how can you guarantee that these all-important, instant reactions will protect your brand reputation?

The answer is to have eyes and ears everywhere. Companies need to know who is talking about them and what they are saying – every second of the day. (We’re not exaggerating here.) And that, of course, is where real-time media monitoring comes in and is so essential.

After all, if you’re unaware of the conversations happening about your brand, on or offline, you’re potentially missing the opportunity to stop a scandal in its tracks. Everything you’ve worked so hard to build could come crashing down at perilous speed. Perhaps before you’ve even realised that there’s a problem.

Want to see how real-time media monitoring can bring a world of calm and confidence to your crisis management? Try a free demo of our award-winning tool today.