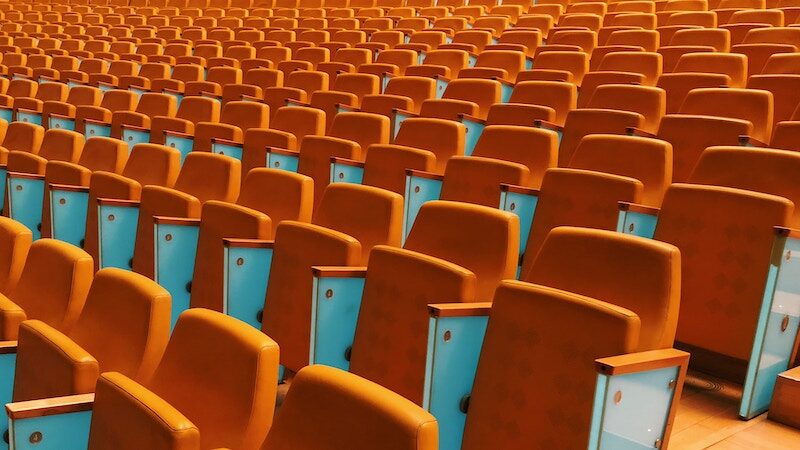 In these daily roundups of the Milken Institute’s Global Conference 2019, we use Signal AI – our AI-powered media monitoring platform – to analyse the most trending topics, companies and spokespeople over the course of the event.

With MIGlobal winding down, what can we take away from the media coverage at the Beverly Hilton? Who were the winners and losers? How does the cookie crumble now that our delicious glass of Milken is empty?

Undoubtedly, the biggest moments of the conference occurred on Monday and Tuesday. The first was Christine Lagarde’s appearance, which included her assertion that the US and China would reach a trade deal, and that ‘everyone’ wants slightly higher inflation rates. The second was Mick Mulvaney’s assertion that $22 trillion of debt ‘doesn’t appear to be holding us back’.

China was a heavy topic this year, at least within financial news. The trade deal and its purported success or failure was everywhere, presumably also because the conference followed hard on the heels of President Xi’s Belt and Road Initiative Conference. 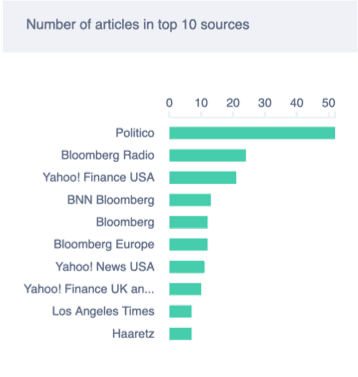 There were several articles that worried about Brexit’s role in seeding doubt among European markets, and opposed it to the confidence of the US right now.

Most of this news was confined to online punditry.

This Still Ain’t No Davos

Lastly, how did the conference do for itself? The competition that the Milken Institute set out for itself in pre-press was the World Economic Forum in Davos, and in that regard MIGlobal has some way to go. Coverage for Davos is truly international, reaching into more of South America, Central Asia and prompting significant coverage in China. However, MIGlobal is not the same.

Despite the Californian flavour of MIGlobal, which undoubtedly helps with coverage close to home, there’s still no competing with the Swiss. All the sound baths and comfort puppies in the world can’t change that.

John Oliver once likened presidential primaries to ‘Electoral Foreplay’, and there’s no denying that America is feeling frisky. On Tuesday the incumbents and the candidates descended on The Milken Global Conference, so we’ve used Signal to track how the various profiles made an impact.

First up is the incumbent, or the incumbent’s daughter we should say. Ivanka Trump landed on Monday afternoon and kicked off the 2020 fever. The first daughter spent her public session lauding the American workforce and the growth rate of the economy, only stopping to enjoy being called ‘an American Hero’ by Eric Schmidt. The Mueller report, unsurprisingly, didn’t come up. 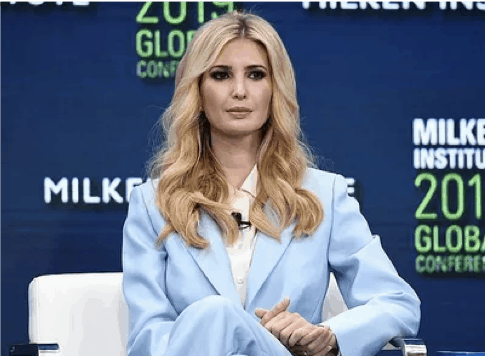 Ms Trump was quickly followed by Mick Mulvaney, who sat down for a conversation on Tuesday morning with Yahoo Finance. He declared that the China/US trade relationship should be worked out within two weeks, speculated on NAFTA’s replacement and said he didn’t much care about the deficit these days. 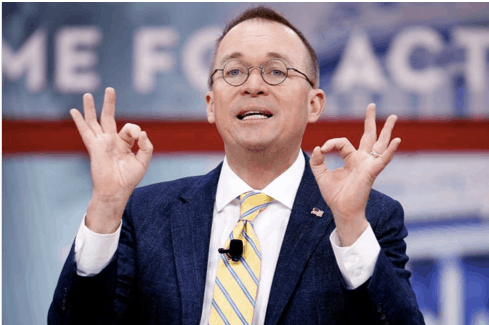 So how did the The Trump Club do? It was each according to their own.

Ivanka makes the splash. She is the outrider, with nearly a fifth of her coverage occurring in headlines.  Her image is much better known, and her proximity to the President is undoubtable. This combination is clearly too tempting for the media to ignore. She is a media impact player, dominating air waves and hoovering up attention. However, as the data shows, she is less useful in promoting discussion of content.

On the other hand, Mulvaney – while no one’s front page choice – arrived as the second wave with almost double the number of mentions in content pieces. The COS was there to supply real content to real financiers. Sometimes travelling in the shadow of a more dominating media personality can be useful. Mick was free to talk deficits and NAFTA deals while avoiding any unwanted headlines, because the broadsheets were more focused on Ivanka.

The Many, Many Hopefuls

Next up was a trio of Democratic candidates, and no, you’ve probably not heard of them. John Hickenlooper, Seth Moulton and Tim Ryan all arrived in Beverly Hills today. Ryan was on a panel with U2’s famous entity/guitarist ‘The Edge’, while Moulton and Hickenlooper were interviewed by the Wall Street Journal. So how did appearing at Milken help their media profile in the race for the nomination?

As you can see, there is a bump in the mentions of all three candidates, so Milken was definitely worth a try, however the overall numbers are the same and the trends on all three graphs are similar. This suggests they are all being mentioned in the same pieces as part of a round up, and this was borne out by a quick scan of the articles in the feed. Perhaps that’s why Ryan went with the bassist rather than the economist…better luck next time Tim.

Carving out some media attention can be tough, especially when all the world’s wealthiest are joined together under the balmy light of the Milken conference room. If you’re looking to make news, how can you be sure to stand out? And how can you know whether you’ve succeeded?

The Monday 9.30am slot at the Milken Institute Globe Conference was a packed panel, featuring the CEOs of Goldman, Viacom, General Mills, Siemens and EY all speaking to the head of Yahoo Finance.

However, the attention contest was a knock-out in round one by David Solomon, who described testifying before Congress as “a natural part of the process,” all but ensuring him column inches. He also made comments about getting used to Instagram, to add a personal touch. We used Signal’s media monitoring platform to find out Solomon’s impact.

Unsurprisingly, Solomon’s non-business related discourse (and personable demeanor) made him a hit with the press. From a PR perspective, he’s the ideal spokesperson: cool, collected, and compelling.

On the same panel was Bob Bakish, Viacom’s CEO, who instead spoke a lot about merger rumours, which isn’t the most riveting topic. This led to him only getting 35% as much media coverage as Solomon.

Chatting about China with Christine Lagarde

The morning of Monday 29th saw Christine Lagarde, IMF Director, in conversation with the Wall Street Journal. She was fresh off the plane from President Xi’s Belt and Road Initiative and was ready to drop a few bombs over breakfast.

Of course, Lagarde competes with no one when it comes to profile, but the themes within her speech did compete with each other. Using Signal, we analysed how two competing issues within Lagarde’s speech have played out.

She stated she had no answers to below-target inflation rates in the US, calling it ‘mysterious’, and also added that inequality of opportunity was an endemic threat to globalisation.

However, these smaller themes were dwarfed by Lagarde’s comment that she believes China and the U.S. will reach a trade deal. This swamped her coverage. The graph on top shows you the media appetite for the theme of Inequality. Underneath, you can see their appetite for anything related to China. 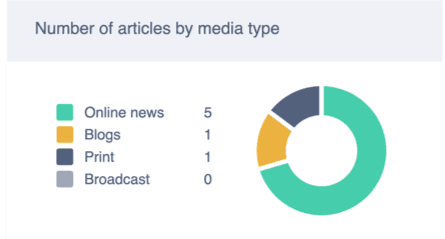 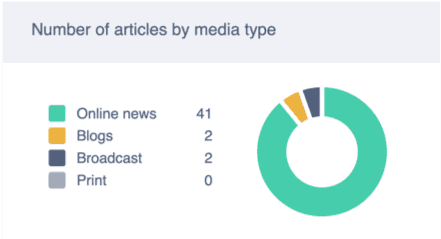 If you want to stand out, personal details, politics and entertainment are the go-to topics. The media leapt on Avengers: Endgame directors Anthony and Joe Russo, who held a brief discussion about how Netflix has supercharged cinema attendance. Meanwhile POLITICO (official media partner of Milken) have been focusing almost exclusively on 2020 election anxieties, and their relationship to finance.

The media coverage at Milken tends to veer away from hard financial news. Shop-talk is not popular. In the land where billionaires roam free, journalists are on the lookout for personality and fun, rather than financial detail. Sorry Bob.

In the run-up to the Milken Institute’s 22nd Global Conference (MI Global), a non-partisan meeting of some of the world’s most prominent businesspeople, the media is abuzz with anticipation. The conference boasts an extraordinary list of attendees, with speakers including everyone from Tom Brady to both members of Javanka.

The think tank’s remit is to bring capital in line with universal solutions, from business to philanthropy (with a particular focus on the latter). Using Signal we explored media perception of the Institute.

Is the conference seen as a forum for philanthropy, or is it yet again another networking event for business moguls?

In the American political climate there’s an effort to rebrand the Institute, taking the focus away from the money. As a result, MI Global sets sail this year under the theme of ‘Driving Shared Prosperity’.

In a piece for CNN, the CEO of the Institute – Michael Klowden – asserted that “people were losing faith in capitalism” and the conference was looking for new ideas. The Institute’s President, Richard Ditizio, spoke about “a global transformation” that is “disrupting social and economic norms around the world”.

The intended message of the rebrand was clear: MI Global is less about the money, and more about helping people.

When a rebrand doesn’t land

However, the attempted rebrand has not done much to alter media perception of the Institute in the run up to MI Global. We determined which topics are most closely associated with the Institute.

Despite aiming to be perceived as an organisation that drives “shared prosperity”, the Institute has not received a lot of media coverage for related themes. Topics such as environmental clean-up, corporate responsibility, and inequality have only made up 5.3%, 4% and 2.6% of the Institute’s news coverage respectively.

Currently, the Institute is much more closely associated with business-related themes. Topics such as corporate governance (48%), regulatory changes (39.6%), manufacturing (24.2%) and market regulation (17.6%) have received the most coverage in relation to the Institute.

As it turns out, the Institute will need more than just a rebrand to change their media perception. In the words of Deutsche Bank’s co-president, the conference “is about business.”

Perhaps the issue for The Milken Institute is the people they have speaking. Ditizio himself admitted there was $23 trillion of managed funds at MI Global.

Admittedly, you can’t stop billionaires from attending – or speaking at – a conference about economic issues. However, you can invite more speakers who are experts on relevant themes such as sustainable finance and social mobility.

By simply aligning the conference’s roster with their new mantra of “driving shared prosperity”, the Institute can greatly improve their media perception.

Interested in using our platform to gather your own insights? Request a demo and explore our unlimited, accurate searches!