Our AI is learning new topics: VAR, Water Pollution, Wind Power and more
The Signal AI Blog > The power of print advertising: Lessons from the subway

The power of print advertising: Lessons from the subway 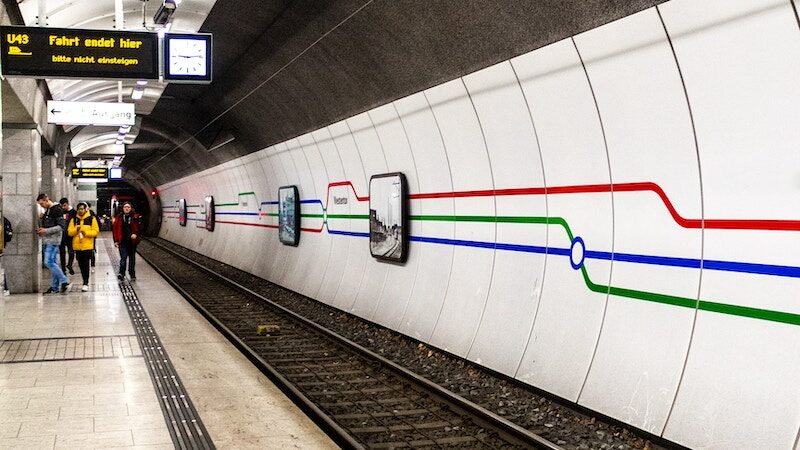 Print advertising in the tube (subway)

In a world where the use of social media and digital channels have become commonplace in PR, we often forget just how powerful print advertising can be. But with print ads, there’s so much more to consider; from location, to copy, to size – it takes a lot of strategic planning!

Using London’s underground network as a prime example we looked at three burgeoning challenger banks – Starling, Revolut and Monzo – to find out what makes the perfect print ad, and how this can improve brand reputation. The effect of the banks’ PR campaigns was measured with Signal AI, our AI-powered media monitoring platform.

Here are our key takeaways.

1. Use ad-copy to your advantage 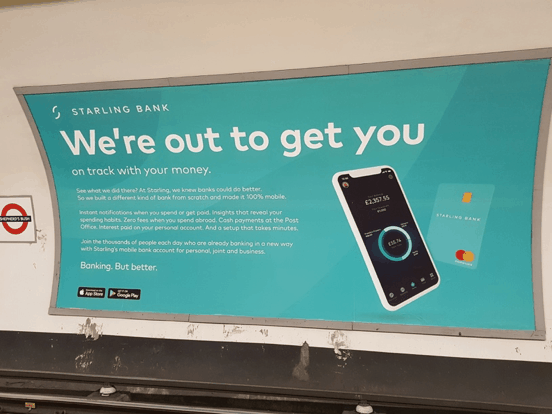 “We’re out to get you,” the adverts boldly state. “…On track with your money.” Phew.

This is followed by what many in the industry would consider too much text. For your generic billboard, the general rule is to keep your copy to a minimum.

Tube adverts, however, are a whole different ballgame. Commuters generally spend a few – painstakingly boring – minutes standing on a platform, waiting for their train. This is enough time to read ad-copy, which in this case is seven lines defining Starling’s best features, followed by their infamous tagline: “Banking. But Better.”

It’s safe to say that Starling aren’t just pioneers in banking, but marketing and public relations as well. Their well-planned efforts earned them 67.4% positive media coverage for their tube ads, a rare feat for any organisation.

2. Don’t forget to define your message

Revolut’s tube adverts in February 2019 were supposed to be quirky, yet many news outlets managed to pick holes in their humour.

The most obvious misstep is that Revolut’s ads don’t tell you anything about their product. There’s no mention of their services, or why they should be picked over their competitors. In fact, if you’ve never heard of the brand, you might not even be able to tell that they’re a bank.

Their PR ad campaign also lacks a defined message. What – if any – is their call to action? 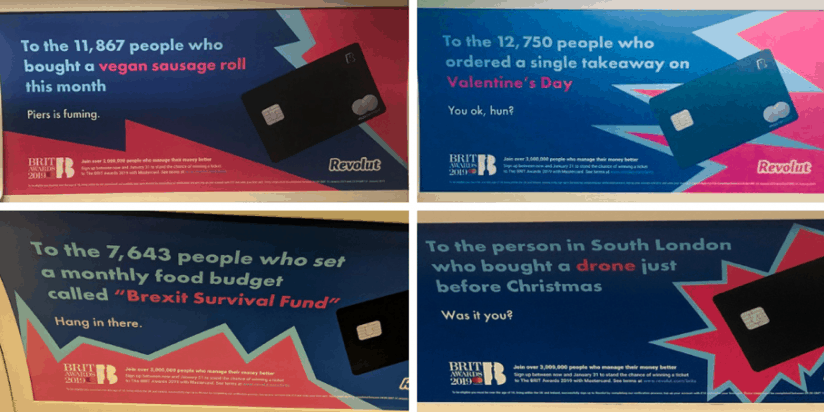 Revolut ended up getting a lot of media coverage for their ads, but for all the wrong reasons. Media outlets questioned the bank on the stats they used on their posters; Revolut was forced to admit that they’d made these figures up.

Revolut’s ineffective tube ads resulted in only 16.6% of their total media coverage being positive. This is less than a quarter of the percentage of positive media coverage received by Starling.

3. The bigger the better

Monzo’s tube adverts hit the underground in April 2019, with a strategy that fell between Starling’s more direct approach and Revolut’s quirkiness. Each advert stated a problem that customers of traditional banks may face (“I wish my bank made splitting bills easy”), followed by Monzo offering itself as a solution (“Consider it done”). 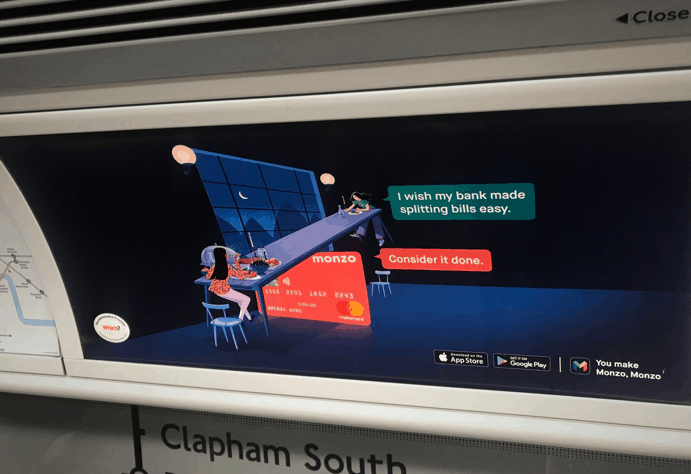 Their ad campaign focuses on effortless banking – Monzo’s aim is to make customers’ lives easier. This PR strategy got them 30.2% positive media coverage, which is very impressive. However, this is still less than half of what Starling received.

Despite not being as ‘fun’ an option, it’s possible that clearly listing your brand’s features and services could earn you more positive coverage (similar to Starling’s ad-copy).

Additionally, Monzo’s overall media coverage regarding their tube ads was lower than that of Starling and Revolut. This may have something to do with Monzo going for smaller posters inside tube carriages, rather than much larger platform spreads. When you’re standing on a platform, you’re forced to read whatever’s in your line of vision as you wait for your train. However, when you’re sitting on a train, it’s quite easy to miss adverts – you’re either on your phone, reading a book, or taking a quick nap.

It’s important to note, however, that Monzo’s ads are only just kicking off. We’ll track their media coverage over the next few weeks and get back to you!

It turns out that despite not being an exact science, creating the perfect tube ad requires a lot of thought and planning. But if you think and plan enough, you’ll definitely reap the rewards.

Want to explore what Signal can do for you? Drop us a line and let’s chat.