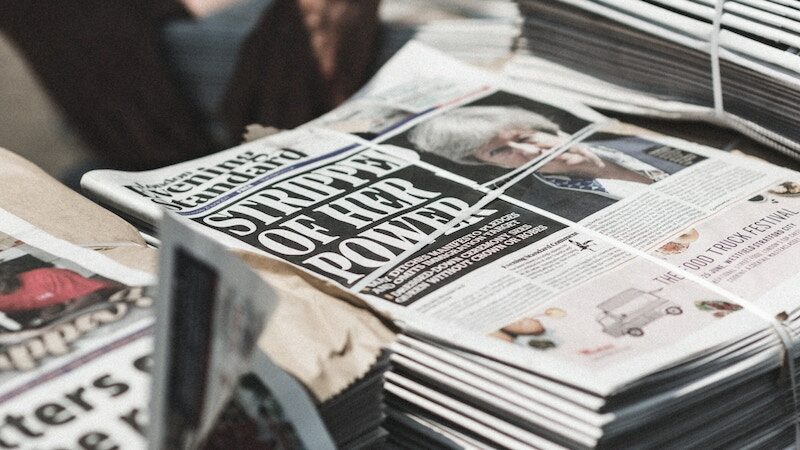 Nothing screams festive joy quite like political unrest. With under two weeks until Christmas Day, we are officially in the so-called ‘most wonderful time of the year’, but I doubt the Prime Minister sees it quite like that.

Having delayed the MP’s vote on her Brexit deal on Monday, and after surviving a vote of no confidence on Wednesday, we used the Signal AI platform to take a look at how the media has reacted to Theresa May’s week of misery.

With another headline story coming practically everyday, there really has been no escape for May in the news this week, featuring in over 120,000 articles in the last 7 days. She has eclipsed all other members of her party, perhaps even more than one would expect.

The peak of her coverage came on Wednesday, when she pulled through the vote of no confidence, appearing in 30.66k articles – 7,000 more than the opposition leader, Jeremy Corbyn, managed all week.

Believe it or not, both the Conservative Party (left) and Theresa May (right) received a lot more love from the media on the day of the no confidence vote than they had for the rest of the week. On Monday 10th there was a dip in sentiment to nearly zero (measured on a scale of -1 to 1) for the PM as she announced the delay of the MPs vote on her Brexit deal.

On Wednesday however, over 50% of the Tories coverage was labelled ‘positive’, whilst May’s average sentiment for the day peaked at 0.35 – a silver lining as she lost the support of over third of her party.

The Grinch(es) Who Stole Christmas

There’s been a lot of noise this week about who might take over from Theresa May, especially since she announced that she won’t be running for PM in the next election. The bookies’ seven favourites to take over all saw a spike in coverage this week.

Notably, Amber Rudd (yellow), who amassed 2.43k articles on Saturday partly due to a BBC Radio 4 interview in which she explained the other ‘plausible’ options for Brexit. This was followed by Boris Johnson’s 2.16k mentions on Sunday, after he admitted that he felt a “deep sense of responsibility” for Brexit. Unsurprisingly, all contenders had a simultaneous spike on Wednesday, the day of the no confidence vote, gaining between 1.31k and 3.11k articles each.

MPs and the public alike are hoping that May can get another plan together by Christmas, something that might take more than a festive miracle. Thankfully for the PM, the week is practically over – a week that saw her isolated and scrutinised by the press.

In the last 5 days alone she was voted not suitable to lead by 37% of her party; criticised for pushing back the MPs vote on Brexit and announced that she won’t be running for PM next election. Let’s hope she has a better New Year.