When political uncertainty is endemic, those in power often target higher education communities—scholars, students and academic institutions alike. Scholars at Risk (SAR) is an international network of higher education institutions and individuals working to protect threatened scholars and students, and promote academic freedom. Since 2000, SAR and its university network have created more than 1,100 temporary positions of academic refuge for scholars fleeing danger.

This service continues to be of the utmost importance within the global higher education community in an era defined by increasing political turbulence and instantaneous communication. This is clear in the Scholars at Risk Free to Think 2018 report: from 1st September, 2017, to 31st August, 2018, there were 294 reported attacks on higher education communities in 47 countries, and these violations manifest themselves in varied ways. In an unsettling number of cases, this involves academics being targeted with harassment, being subject to assassination attempts, and even being liable for prosecution and imprisonment—simply for conducting research, expressing opinions online, or providing public commentary.

To counter the proliferation of human rights violations within the higher education community and to protect academic freedom, Scholars at Risk launched an Advocacy program to monitor, investigate and report on these attacks. We spoke to Daniel Munier, senior program officer on the Advocacy team at Scholars at Risk, about the work they undertake and how Signal AI has transformed how they execute core programming such as the Academic Freedom Monitoring Project.

From Campuses to the Global Community

The Academic Freedom Monitoring Project at Scholars at Risk gathers, verifies and conducts additional research on reports of human rights violations and attacks in the global higher education community. These reports begin to paint a picture of the state of higher education at a regional or national level—resulting in an awareness of thematic issues in the wider community. From here, SAR plans campaigns and advocacy for individual cases where they can provide assistance and engages with government and higher education stakeholders to urge greater protections and support for global academic freedom.

Prior to using Signal media monitoring, this work was undertaken through a series of complicated boolean searches and Google alerts, informed by various combinations of words that would trigger alerts for attacks, and numerous channels set up in social media dashboards. (In addition to these online searches, SAR’s network of volunteer researchers also identify attacks that may not be reported online). The result of this compilation of sources could require more than an hour each morning, to read through what would inevitably include redundant content that doesn’t fit into SAR’s mandate.

“You’d have to block off an hour or so just to go through all the results every morning.”
Daniel Munier, Senior Program Officer, Advocacy at Scholars at Risk

In addition to the valuable time it consumed daily, Daniel and the team at SAR found the difficulty they had researching attacks across the globe frustrating. The foreign language and translation limitations with their system resulted in a complicated process of setting up alerts for specific names or institutions, however limited the results in English would be. They would also have to do reverse translation searches, which is especially helpful with Arabic, Chinese, and other languages. Again, time consuming, often inaccurate and making the most of a bad situation.

“The primary channel that was driving the news coming to us was a system of Google Alerts and that was challenging, as you can imagine, due to the time intensity and accuracy issues.”

To counter these challenges and to revolutionise the way they went about their research, Scholars at Risk started using Signal monitor. As part of their set-up on the platform, the team at SAR worked with us to create and train a “Higher Education” topic to their specific needs by providing a list of keywords. This was then teamed up with the existing “Human Rights Violations” topic to create a bespoke search and single daily alert for the organisation.

Daniel explains that by implementing Signal AI in their day-to-day work through daily alerts they have gone from blocking off an hour every morning to read through eight to ten Google alerts to spending 15 to 20 minutes looking through a feed of 20 to 40 items. The time saved has been invaluable to their research and the production and publication of reports.

“That’s cut the time in half, which is really useful.”

Due to the time-sensitive nature of their work and as a small organisation, SAR has to work quickly and efficiently to verify and report on attacks that come in via their daily alerts. They further utilise Signal AI to conduct in-depth research by setting up a new search in Signal AI tailored to a specific attack or event. And importantly, if they’re unable to produce and publish a report immediately, they use the sources found in these additional searches to corroborate the incident—sources that are then shared on the Scholars at Risk Twitter account.

What’s more—as Daniel explained—when it comes to doing ad hoc searches for specific and one-off pieces of information, Signal AI’s offerings are incredibly useful. Again, the implementation of Signal AI monitor has streamlined SAR’s research process and allows them to verify facts in one search instead of multiple searches on Google.

“Using Signal AI we’re able to do that in one shot and it just gives us so much more.”

Another aspect of Scholars at Risk’s work that Signal AI has impacted is their Scholars in Prison Project—a case advocacy project through which SAR monitors and conducts advocacy on behalf of wrongfully imprisoned academics or students. Through Signal monitor they’ve set up feeds for each case – they currently have more than 25 of them in Signal AI so far – to monitor relevant updates on those cases. Like with their other projects SAR had previously relied on Google alerts. Now, the tailored searches in each case feed collates media, reports, and content relevant to the case which is then compiled into bi-weekly reports through the custom reports feature, and automatically sent to all relevant staff.

“For information sharing within the team Signal has been incredibly useful.”

The importance of the work Scholars at Risk undertake is not to be understated, and Daniel and the team at SAR are confident that using Signal monitor has measurably helped their cause. It has not only informed specific actions or responses they have taken to advocate on behalf of individual scholars and students in danger, but through the platform SAR has gained access to obscure sources that they hadn’t previously encountered. Access to valuable sources such as global government newsreels and updates—from the EU Parliament and the US Congress—has presented SAR with opportunities to work with government figures on supporting particular scholars or relevant academic freedom issues.

“We’re just scratching the surface of the sort of opportunities that might be out there.”

But more significantly, the fact that the research, monitoring and verification of reports that used to take an hour or more everyday has been reduced to 15 or 20 minutes speaks for itself. To further develop our relationship with Scholars at Risk and the functionalities of the platform, we are working on leveraging their unique position as a part of New York University to facilitate their access to some of the premium content on Signal AI – Factiva and LexisNexis. 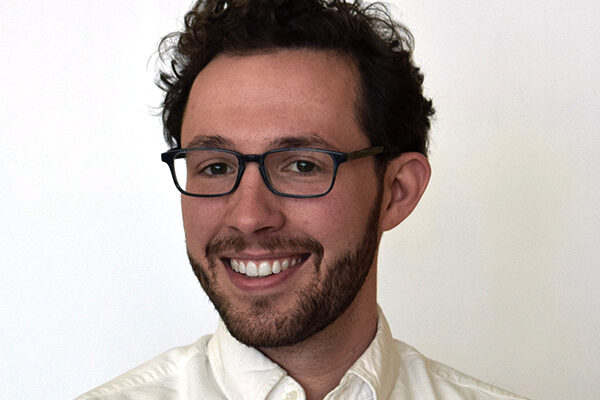 Daniel Munier is a Senior Program Officer on Scholars at Risk’s Advocacy team, monitoring and reporting on attacks on higher education communities through the Academic Freedom Monitoring Project, conducting case advocacy for the Scholars-in-Prison Project, and producing reports and publications to raise awareness of global and regional issues impacting the higher education sector. 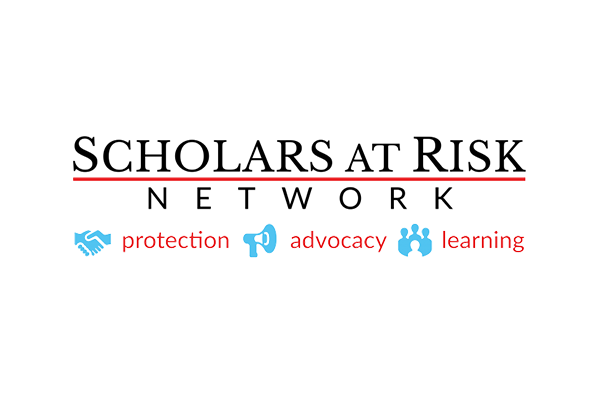 About Scholars at Risk

Scholars at Risk is an international network of higher education institutions and individuals working to protect threatened scholars around the world and promote academic freedom. 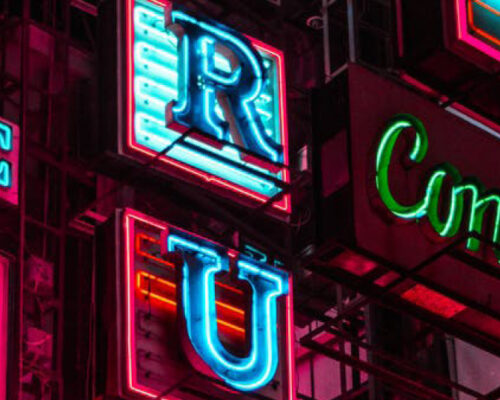 Are you making the most out of media monitoring?
Read more 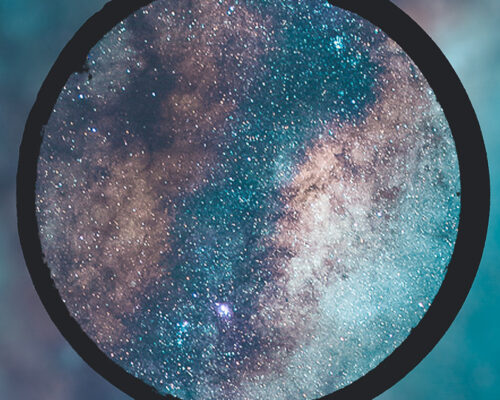 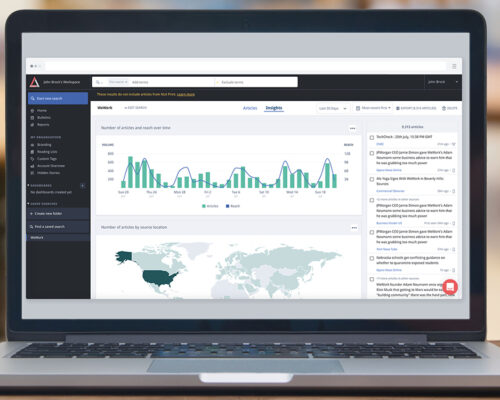 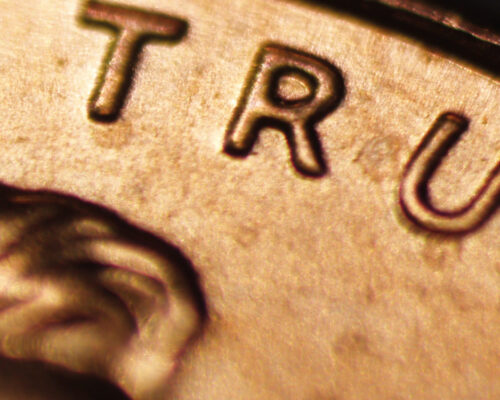 Powering EY's Trust Score: Defining business priorities for long-term value
Read more
We use cookies on our website to give you the most relevant experience by remembering your preferences and repeat visits. By clicking “Accept”, you consent to the use of ALL the cookies. However you may visit Cookie Settings to provide a controlled consent.
Customise SettingsAccept
Manage consent