The lend is nigh! Demise of the payday loans industry is accelerating

London, 16 December 2019 – The demise of the payday loans industry is accelerating, with the number of loans being issued in the last quarter falling 37% year on year, income streaming app Wagestream can reveal today.

The rate of decline in the volume of loans is also becoming more extreme, according to the latest data released by the FCA in following an FOI request. 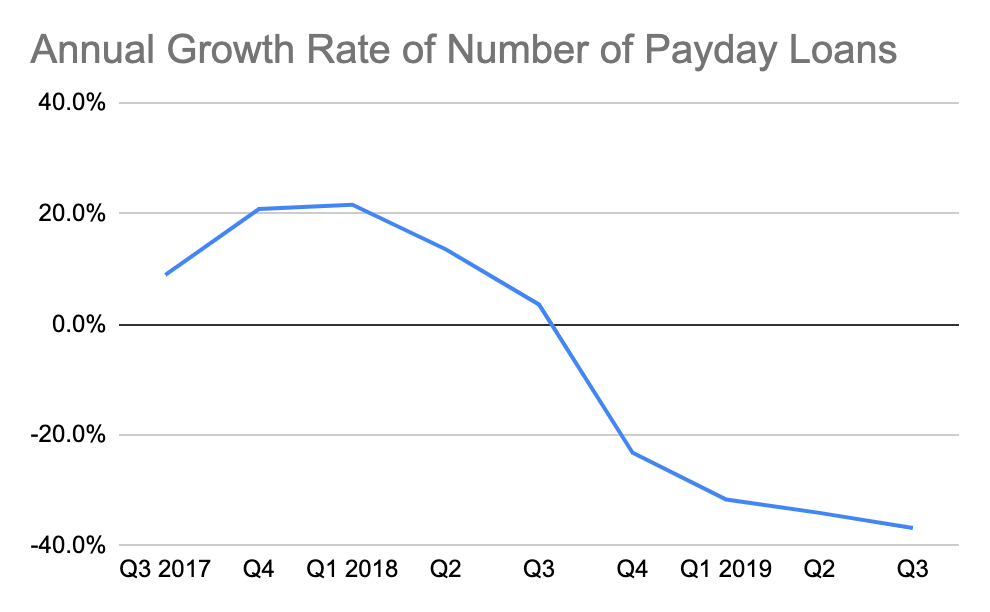 If lenders continue to leave the market at the same rate, there will no longer be any firms offering payday loans by the end of 2022.

The loans registered for the third quarter of this year represent £230.5m of credit — and extortionate interest rates mean borrowers will still have to pay back £398m, according to the regulator.

The research paints a torrid picture for the predatory payday loans industry, which has come under huge scrutiny in recent years for ripping off customers with high charges and interest.

The sector fell foul of a cap on interest rates in 2015 that stipulated providers could no longer exceed 1,500% APR. It reports quarterly product sales data to the FCA, which includes the number and value of loans.

After the demise of payday loan firm QuickQuid, income streaming app Wagestream, boss Peter Briffett vowed ‘not to rest until every last part of the payday loan industry is six feet under’.

Chief executive Peter Briffett was joined by Wagestream staff on October 25 as they conducted a ‘burial’ for deceased payday lenders QuickQuid and Wonga in London. 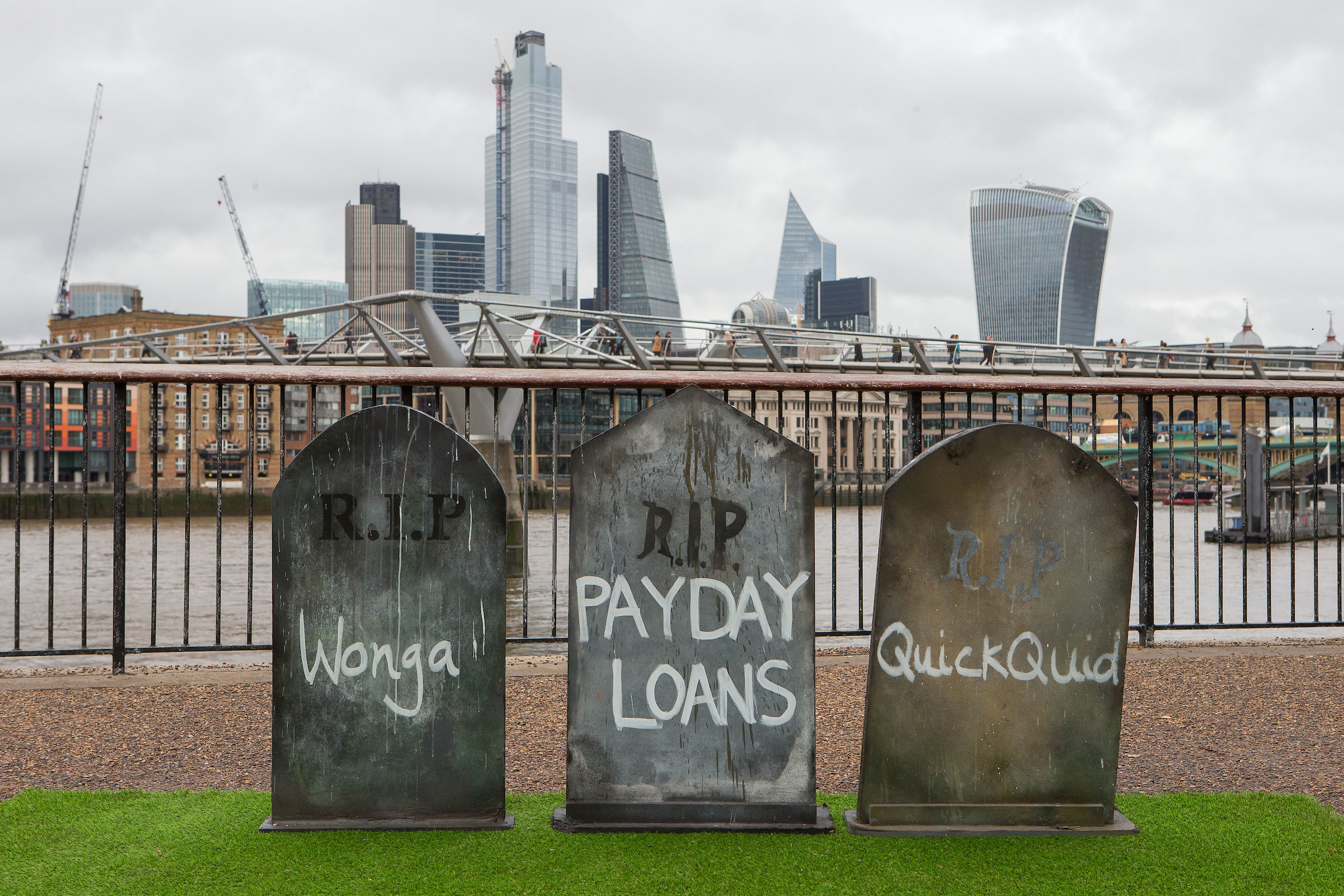 The lend is nigh … Wonga and QuickQuid ‘buried’ 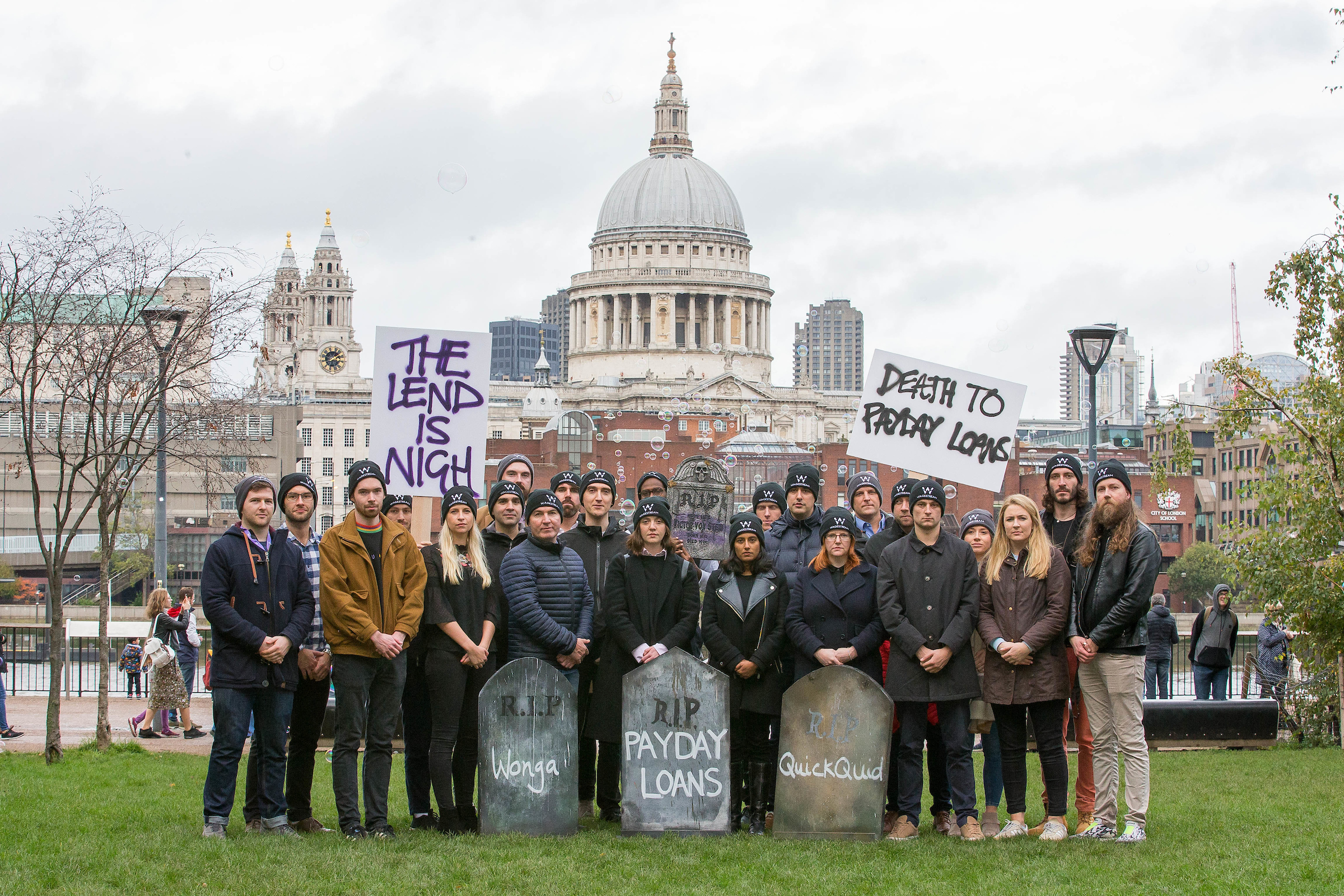 Wagestream campaigns against payday poverty and blames the payday loan industry for trapping low-income workers in a damaging cycle of credit dependency. Wagestream’s income streaming solution tackles payday poverty — something exacerbated by the monthly pay cycle — by giving workers access to a percentage of their accrued salary when they need it. This solves a major cash flow issue for UK workers that is created by monthly wage payments, forcing many to take short term high interest credit options.

The average advance is £84 and the average employee uses Wagestream 2.2 times per month, paying a flat fee of £1.75 each time they use it.

“Our campaign to kill off payday loans has buried Piggybank, Wonga and QuickQuid, and now we’re getting ready to dance on the grave of the entire industry.

“Consumers are getting wiser to how much misery these loans cause, and more and more lenders are fleeing the market every month as they realise how toxic the industry is.

“New technologies such as income streaming, which gives workers access to their earned income between pay cycles, is now moving to mass-market adoption, with leading brands such as Bupa, Rentokil and the NHS leading the charge.

“Wagestream is winning its battle to destroy the payday loan industry. We are also campaigning to end overdraft fees forever and to get all UK workers £250 in savings.

“We won’t rest until our missions are complete, and judging by these figures, we shouldn’t have to wait long.”