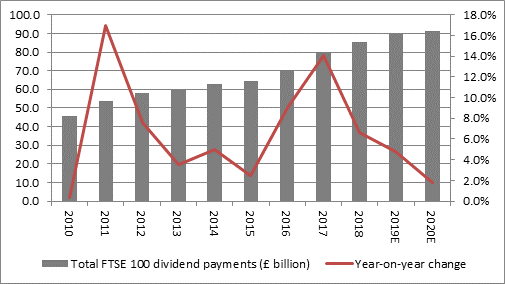 “Remarkably, just ten stocks are expected to generate more than 98% of 2020’s forecast £1.6 billion increase in total dividend payments, partly due to the reductions that are now expected at Anglo American, Glencore, Evraz, Rio Tinto and BT.

“The biggest increases in sterling terms are expected from British American Tobacco and RBS. In total, three of the ten biggest dividend hikes are forecast to come from 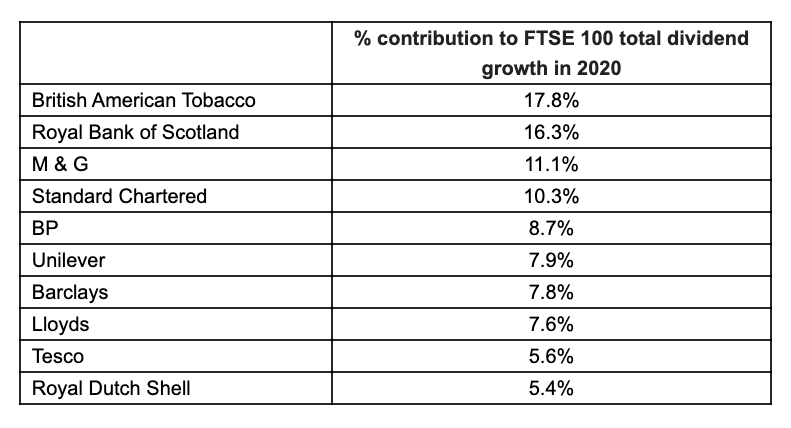 “Earnings cover is forecast to be 1.69 times in 2020, up slightly from 1.62 times in 2019 but still some way below the 2.0 threshold that gives comfort and provides a safety buffer, should anything untoward happen.

“At this time one year ago, analysts were forecasting dividend cover of 1.79 times for 2020. But since then aggregate net income forecasts have dropped by £13.3 billion, or 5.6%, while aggregate dividend payment estimates have been cut by just £3.3 billion, or 3.5%.

“This suggests that companies are aware of the importance of dividends to investors in a low-interest-rate world and are working hard to accommodate yield-hungry investors. But management must be careful that they are not over-paying and under-investing to curry short-term favour to the long-term detriment of their business’ competitive position and therefore its ability to generate cash and offer dividends.”

Forecast earnings cover for 2020 has gradually reduced over the year 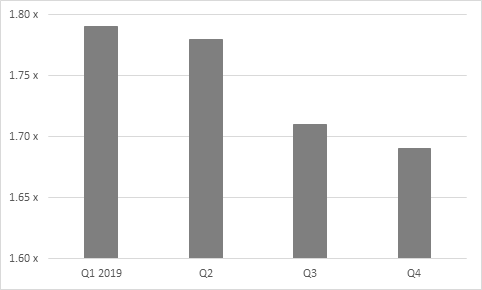 “Sceptics will also flag how average earnings cover for the dividend stands at just 1.44 times across the ten-highest yielding stocks in the FTSE 100. Dividend payment estimates have dropped very sharply at one of the ten-highest yielders, Evraz, while another, Imperial Brands, has reined in an ambitious dividend growth target.

“Imperial Brands’ huge forecast dividend yield, despite the scrapping of its 10% annual increase target, is the result of investor scepticism over its long-term cash flows and increased pushback against ‘sin stocks’ on ESG grounds.

“The lowly earnings cover partly reflects the lofty expected pay-outs at a trio of house builders, Taylor Wimpey, Barratt Developments and Persimmon. The good news is that all three have net cash balance sheets with which to reassure shareholders, even if earnings cover looks lower than ideal.

“A skinny cover ratio at HSBC remains a concern, and will come under increasing scrutiny the longer Hong Kong’s political unrest continues, and of the ten highest-yielding stocks, only M&G offers cover of more than 2.0 times.

“In terms of the yields, the presence of three house builders in the top ten highest yielders is testimony to the size of their capital return programmes, but it may also hint at investor scepticism that the industry can maintain its current lofty levels of profitability without the benefit of Government assistance, via the Help to Buy and Lifetime ISA schemes, with the former running to 2023 for first-time purchasers who are buying new-build properties.

“Imperial Brands, British American Tobacco and Evraz have all seen their share prices nosedive over the past 12 months. Profit and dividend forecasts have crashed at the Russian firm but while the other two have generated disappointing revenue growth with their next generation products, neither has seen a profit estimate downgrade, even if Imperial has backed off from an overly aggressive dividend growth target.”

The ten firms forecast to have the highest yields in 2020