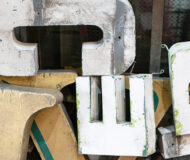 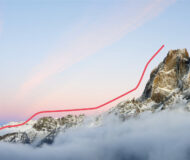 British drivers are worried about the quality of other people’s driving as many are set to the return to the road after the coronavirus lockdown restrictions are lifted, according to new research by comparethemarket.com. Nearly one in three are worried about other ‘rusty’ drivers who have hardly used their car in months.

Despite drivers’ nervousness about the safety of their vehicle, one in three (33%) people who own or have access to a car have not checked any aspect of their car since lockdown began over two months ago. Only a quarter (25%) have checked their brakes during this time, 32% have checked the battery and the most commonly checked item on people’s cars were the tyres (51%).

Looking to the future, a fifth (20%) of people felt they would like to use their car less once the restrictions are lifted. When asked the reasons why, 42% wanted to walk more and 32% wanted to save on fuel which may indicate the household financial pressures that the UK finds itself dealing with at this current time. A further 24% of respondents felt that they used their car unnecessarily before the pandemic and 20% do not think they will be travelling to work in the same way again, reducing the need to use their car for commuting. Conversely, 64% expect their car usage to increase after the lockdown restrictions are lifted, which could be due to the Government’s guidelines around avoiding public transport where possible.

“Millions of cars have sat unused during lockdown, which is making many drivers nervous over their safety, and of the driving ability of those behind the wheel once restrictions are lifted. However, it seems that this concern is more directed at other drivers rather than the quality of their own driving. There will be a surge of cars on the road after lockdown making the roads more congested, which means drivers will need to keep their wits about them as they get back on the road.

“We would urge any driver to ensure they check their car before getting behind the wheel – this includes checking the tyres, brakes and fluid levels, as well as ensuring that insurance and tax are up to date.”